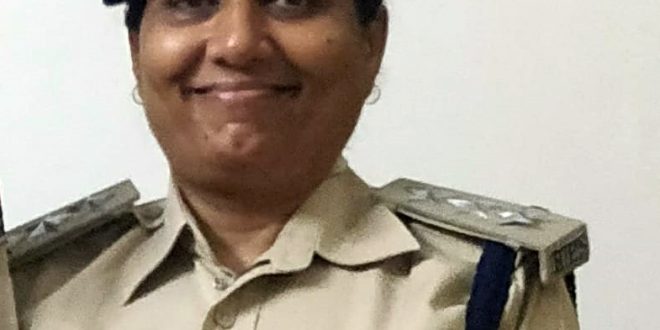 Udaipur : The Ministry of Women and Child Development, New Delhi has instructed the state government to give creativity credit to a lady police officer for her originality in coining the phrase “Beti Bachao-Beti Padhao’ (BBBP) which is a flagship program of the Narendra Modi government launched in 2015 to save and educate the girl child. Ashok Kumar Jaiswal, Deputy Director of the BBBP program in his letter dated January 3, has asked the Department of Women and Child Development, Rajasthan government to issue a certificate of creativity/originality for the slogan to Chetna Bhati, a Deputy SP rank officer who hails from Jaisalmer district and is presently posted in Udaipur.

Bhati had in June 2016 claimed that the famous BBBP slogan was coined by her in 1999 for a poetry series. The officer, who was concerned with the dwindling number of girls and selective abortions in India, had written poems on the girl child issue and had even got printed some posters on the same. She had in 2012 revealed the slogan to the state government when she was posted in Nagaur district and had sent an email to the Chief Minister Ashok Gehlot requesting him to publicise the posters.

The mail was sent from the official email id of the police department. ” I never received a reply for the same and the phrase was forgotten then, though i continued to write poems during my free time and recited on several occasions at schools and colleges to sensitize people on gender issues” Bhati told Udaipur Kiran.

In 2015 when PM Modi launched the national campaign BBBP in selected 100 districts covering all states and UTs in the country, the slogan gained immense popularity as it was catchy and attractive. Bhati wrote to the PM ‘seeking recognition for her creativity’ after her RTI applications to the PM office on ‘how they got hold of the phrase’ did not yield desired results. Since then, she had been writing to various ministries including the HRD, Women and Child Development and Health Department.

Finally her efforts have gained fruitful result. ” I do not crave for fame or money but I just want to be acknowledged for my idea which has become so popular. Even if the state government awards me a certificate, I would still request the center to give me due credit since the phrase has traveled from Rajasthan to every nook and corner of the country” claims Bhati who holds a double post graduation degrees in History and English Literature.