In a remarkable interfaith gesture; Christian, Jewish and Buddhist leaders have come out in support of Hindus who have been urging luxury fashion house Louis Vuitton to immediately withdraw its yoga mat made from cowhide leather, calling it “highly inappropriate”. 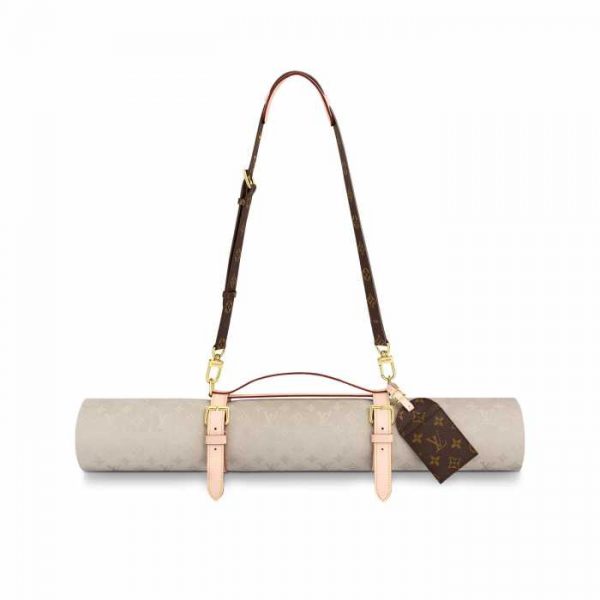 Adamik, Beyer, Fisher and Zed pointed out that they were all for the freedom of artistic creativity, entrepreneurship, expression and speech; but faith was something sacred, and attempts at trivializing it hurt the followers.

Rajan Zed, who is President of Universal Society of Hinduism, had previously stated: Scenario of yoga (profound, sacred and ancient discipline; introduced and nourished by Hinduism) being performed on a mat made from a killed cow (the seat of many deities, which was sacred and had long been venerated in Hinduism) was painful to Hindu sentiments.

Yoga, which found reference in world’s oldest extant scripture Rig-Veda and other early Hindu texts, was considered union with God, one of the six systems of Hindu philosophy, and mean for transforming consciousness and purification of the Self and attaining liberation. It involved withdrawal and its objective was the state of blissful liberation, Zed pointed out.

Hinduism is the oldest and third largest religion of the world with about 1.2 billion adherents

Description of this beige mat (priced at $2,390 and made with cowhide leather) at the company website claimed: “Meditative stretching takes on a sleek bent with the Louis Vuitton yoga mat”.

Louis Vuitton, is one of the 75 “houses” of LVMH headquartered in Paris, “a family-run group” which claims “world leader in high-quality products” whose reported sales in 2019 were €53.7 billion. LVMH, whose history goes back to 1593, also claims to be the only group present in all five major sectors of the luxury market:  Wines & Spirits, Fashion & Leather Goods, Perfumes & Cosmetics, Watches & Jewelry and Selective Retailing.