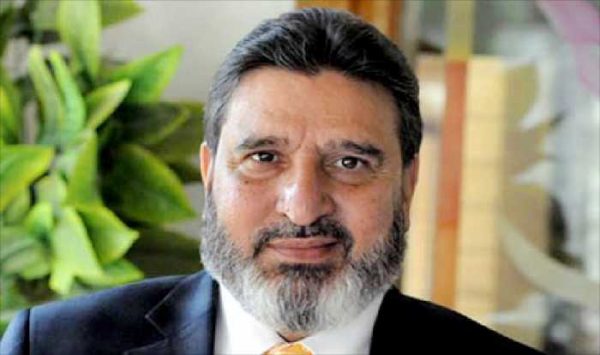 “The Government should support the business community, traders, small shopkeepers, people associated with tourism industry, industrialist and the farmers with an economic package to revive the shattered economy. This will help in infusing a new life to the sinking market and generate employment opportunities,” said J&K Apni Party, President, Syed Mohammed Altaf Bukhari. Bukhari said that the Government should frame a comprehensive policy to overcome the losses suffered by the people and many have also lost their employment in the organised and unorganized sector of Jammu and Kashmir, too. Altaf Bukhari was speaking at J&K Apni Party’s Executive Committee Meet organised for the first time in Jammu under his chairmanship.

In this meeting, many issues especially the present political scenario of J&K were discussed threadbare. During the meeting, Bukhari was appraised about issues of Jammu division particularly. Intensifying their political activities, the JKAP executive meet decided to launch membership drive and in coming days they will also constitute district level committees. Besides, outreach programmes will also be organised at different levels in J&K.

The JKAP President Altaf Bukhari directed the leaders to highlight the issues of public concern while remaining in the field among the people. In the absence of an elected Government, the JKAP leaders were directed to work a bridge to facilitate redressal of their issues especially. The JKAP leaders have resolved that they were politically prepared. Meanwhile, they said many prominent people have shown willingness to join the J & K Apni Party.