Amid renewed escalation in tensions between Indian Army and PLA, Army Chief reaches Ladakh to review operational preparedness at LAC 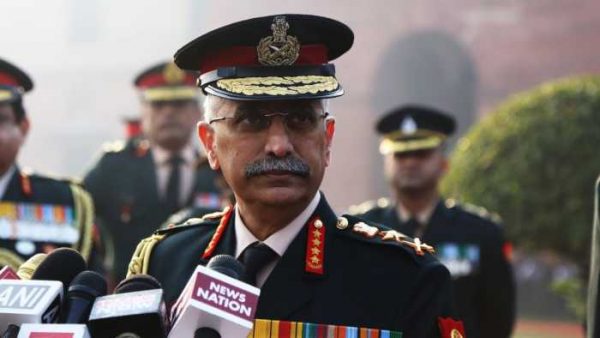 Ladakh : Days after fresh confrontation with People’s Liberation army of China in eastern Ladakh, the Indian Army Chief General M M Naravane has arrived in Ladakh on Thursday morning to have a first hand look at the ground situation. Naravane, as per official sources, will take stock of operational preparedness amid escalating posture between India and China on South Pangong and elsewhere during his two-day visit to the region.

India and China have held multiple Brigade Commander-level talks in Chushul with a focus on bringing down tensions in the Pangong lake area, all of which have failed. Indian military further claimed that it has achieved tactical gains in eastern Ladakh in the last few days by occupying a number of strategically important hill tops and locations.