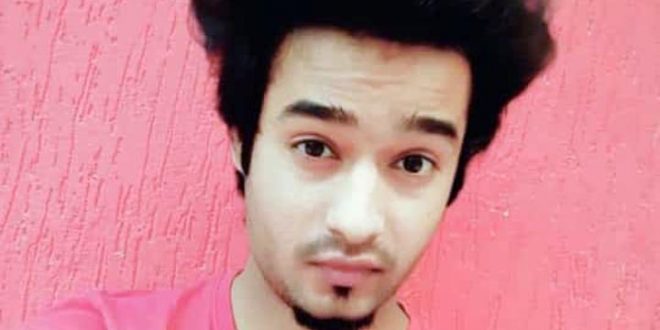 Udaipur : A 23 year old youth was electrocuted to death while doing petty plumbing work in the district BJP office at Patel circle on Tuesday afternoon. Kailash son of Khemraj Bhoi, resident of Jhadol was assisting his father in the party office for pipe fitting on the under construction fourth floor of the building when the accident took place. Reportedly, the construction work was being done unlawfully as the case is under trial in a local court.

In the police report given to Surajpole station, Khemraj held that they were working for a contractor in the BJP office for last four days and on tuesday the fitting work had been completed. “While Kailash was taking an iron ladder to the fourth floor, the metal came in contact with a live wire and Kailash got electrocuted. The doctors declared him dead in the hospital” the old man said. Kailash was Khemraj’s only son who helped his father in plumbing job.”

He was our only support, now that we are growing old, we were depended on him for everything” Khemraj wailed in the hospital. His mother and younger sister too were inconsolable while waiting outside the mortuary. Meanwhile, some of the BJP workers were present at the morgue however, none of the party leaders went there. Relatives demanded ex-gratia from the party but the the supporters were unable to comment as there was no authorized person to assure financial assistance to the aggrieved family. On the other hand, Congress men demanded police complaint to be taken against the BJP officials.

2019-09-17
chundawat
Previous: Patients carried on charpoys for lack of motorable roads in Dungarpur tribal villages
Next: DD News programme unites Kolkata based driver with his missing son after 19 month