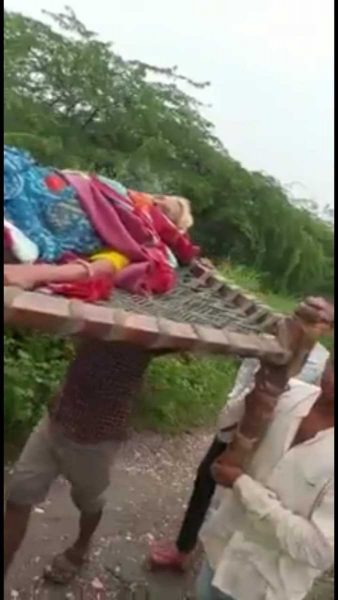 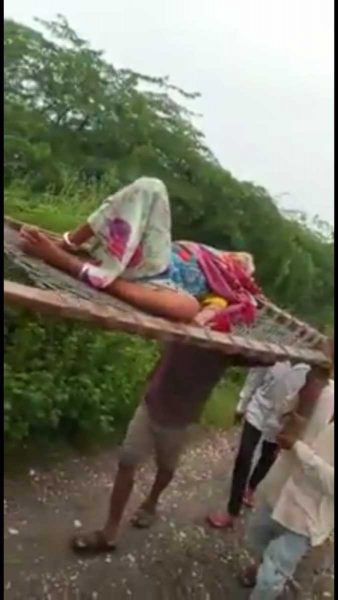 Udaipur : Basic amenities is a far cry for hundreds of tribal families residing in Dungra and Malota villages under Pal Mandav gram panchyat of Dovda panchayat samiti. The villages are situated only 25 kilometers away from the Dungarpur district headquarters, however, even after seven decades of independence, the people here are yet to see an all-weather motorable road or a secondary school. The villagers who earn their livelihood from farming or as daily-wagers, are deprived of basic services like education and healthcare. They do not have access to ambulances in medical emergencies and hence patients are laid on charpoys (cot) and carried on shoulders up to some four to five kilometers to reach the main road.

The economic condition of villagers is worsening even as these villages remain inaccessible during the monsoon. Officials and politicians have been giving assurances for years on implementing several projects to provide pucca road, but no such projects have been implemented in these villages allege the locals. ” Some 800 people reside in both these villages that are five kilometers away from the gram panchayat. Sans roads, they face difficulties daily to walk the treacherous track that becomes muddy and slippery during the monsoon. Many pregnant women have delivered babies on the roadside while being taken on the cot and many deaths have taken place because the patient could not reach the hospital on time” says Santosh Vyas, an activist who have been taking up the developmental issues in the region.

Thankfully, there is a primary school here but for the next level, children have to trek almost five kilometers to Pal Mandav. Due to lack of a secondary level school, majority of children are forced to discontinue education and work with their parents in fields. “Most of the youths migrate to Gujarat cities in search of livelihood in quite young ages. The villages have no ration shop and so its residents have to buy it from the nearest outlet and travel on the treacherous path carrying 20-40 kilos of grocery on their shoulders or head and wild animals in the hilly forest area are another cause of worry during such trips.”

Vyas informs. Time and again the villagers have pleaded before the authorities for access to road, however, nothing concrete has come up yet. “We have recently written to the chairman of the National Scheduled Tribe Commission pleading for road connectivity. Only those who live here can understand how difficult it is to survive in such a miserable condition surrounded by constant fear” Bhaneshwar Parmar of adjoining Hadmatiya village said. Locals Devram and ManiShankar said that for 25 years, people from a single family have been holding the Sarpanch post. The villagers have asked them many times to take up the matter but all in vain.