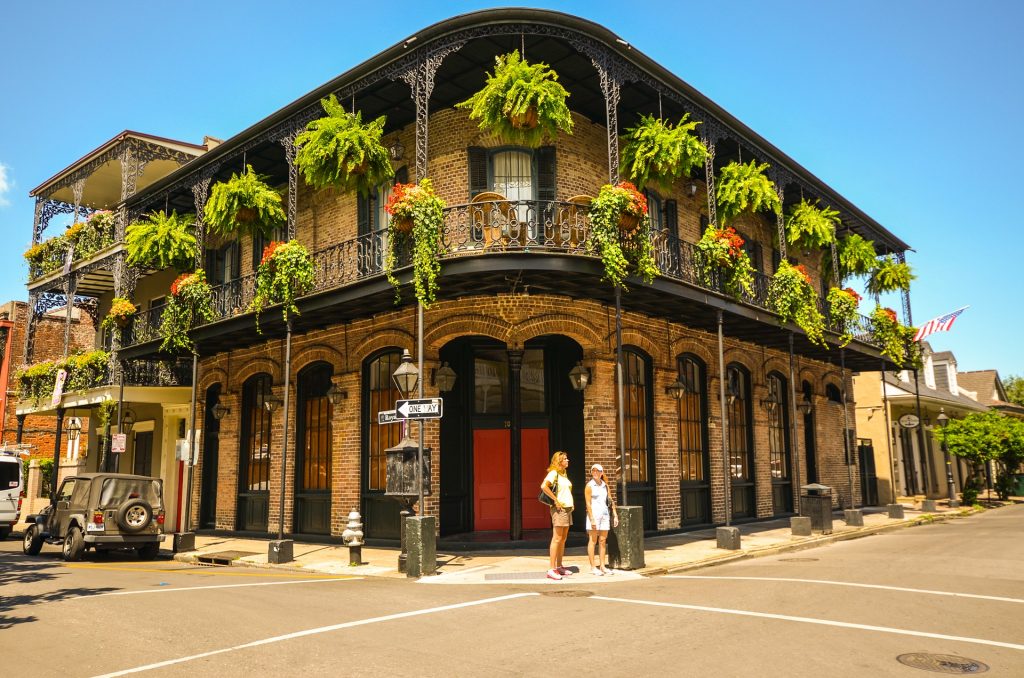 The city of New Orleans, unique in its history, heritage, and architecture is known to be very different from any other place in the United State based on its strong leanings towards Europe. The French Quarters exacerbates this notion based on its’ historical heritage from French colonial rule vividly observed in its architecture, cuisine, and culture. Most of the historical buildings around the area, constructed during the late 18th century and the first half of the 19th century, brings a surreal feeling of going back to the heydays of the French and Spanish colonial rule.

Although labeled as a square, the French Quarters is more than a few blocks of townhouses, quaint shops, and cottages clustered together next to a sidewalk. The size of the area has surprised many first-time visitors as the district is large, extending for 1.7km with a population of four million. The French Quarters’ crescent-shaped location on high ground along the Mississippi River enabled it to avoid being destructed by hurricane Katrina, solely based on high elevation.

The streets of the French Quarters are always full of people including locals and domestic and international visitors. Most first-time visitors will find it a curious sight to see a continuous stream of people moving about at all hours of the day in every corner of the Quarters. They also learn the surprising quirks of bars that are open 24/7 all year round, the abundant supply of spicy food accompanied by pulsating music heard non-stop everywhere and the local dialect that is devoid of southern accents.

The people of the French Quarters are an intermixed cultural blend of its history ranging from African slaves to American Indians and European settlers. The American Indians were the original settlers followed by European settlers involved in the planting of cash crops. The African slaves who were later freed make up the remaining majority population. The intermixing of the cultures interspersed with French and Spanish influences has ended up with a unique, cosmopolitan cultural combo.

The architecture of the French Quarters is a unique, laidback blend of Spanish, French, Creole and American styles within an idyllic and charming setting. The walled courtyards, a Spanish influence, has witnessed many private parties within its dwellings. The distinctive cast-iron balconies became fashionable during the 1850s when a socialite Baroness added them to her houses near Jackson Square. The intricately, twirling lacy galleries with the inclusion of porches turned the French Quarters into veritable people-watching streets. The elaborate ironworks, beautiful balconies, and quaint cottages make an iconic picture postcard image of the French Quarters. A tour of homes along the French Quarters provides an interesting eye-opener on the cultural history of the place from the perspective of the daily lives of the upper-class merchant societies.

There is an abundance of restaurants serving the famous Creole and Cajun cuisine of New Orleans. The most well-known dishes, beignets, po’ boy sandwich, gumbo, jambalaya, and muffulettas are found in almost every restaurant.

The French Quarters is an interesting piece of cultural history that showcases the lifestyles of the locals during the leisurely pace of the early 1880s. The food is delicious and represents the delightful combination of manifold spices and local ingredients. The atmosphere is laidback and casual with sufficient curious sights and sounds to keep one continuously enthralled.