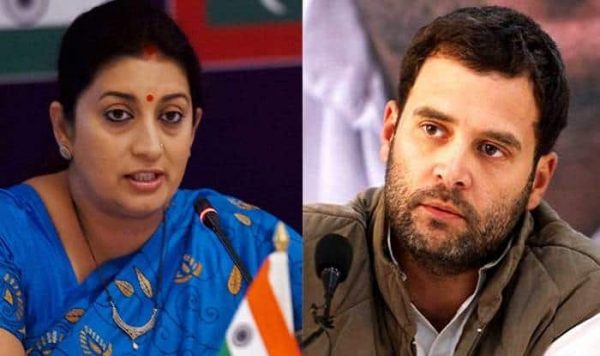 “Following the complaint, the sector officer, senior officials and even observers rushed to the booth and spoke to the polling agents of the political parties, other officials in the polling booth following which it was conclusively found that the charges in the video clip were fabricated. Due to prima facie allegations in the clip, the presiding officer was summarily removed while the probe was going on,” the electoral official added.

Earlier, the Congress had also rejected Smriti Irani’s allegation and claimed that since the BJP knows it is going to face defeat in Amethi and this is the reason why Smriti is looking fo excuses. “It now is more than clear that she has lost. Now, she is looking for excuses. If Rahul Gandhi ji is capturing booths, and capturing votes, then what is the election commission doing that has been working in a biased manner in favour of Modi and Amit Shah,” said Congress spokesperson Zeeshan Haider.