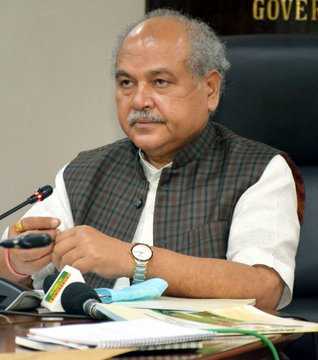 The preparation framework for Block and District development plans was unveiled today through video conference by the Union Minister of Agriculture & Farmers’ Welfare, Rural Development & Panchayati Raj and Food Processing Industries Narendra Singh Tomar. This framework is a step-by-step guide for Block and District Panchayats to formulate plans and will assist planners, concerned stakeholders at appropriate level.

Tomar expressed hope that this framework will definitely promote inclusive development at the block and district levels by focusing on locally available resources, local people’s aspirations and priority areas. The framework will serve as an important tool for all resource persons, stakeholders associated with decentralized planning in intermediate / block and district panchayats and will play an important role in transforming rural India by providing accelerated, participatory and inclusive growth.

While preparing this framework, the committee discussed various aspects of the scheme at the upper levels of the Panchayats and interacted extensively with the stakeholders involved in the process.Detailed analysis of the process of preparation of plans, role of state governments and other agencies, convergence at various levels and scope of collective action will not only help in understanding between the agencies involved, but also the conditions of human planning enabling the lives of the people concerned also to improve.