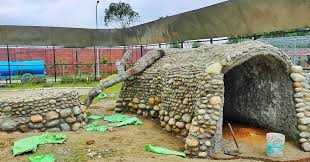 The Environment Minister also applauded the good progress in developing a 10-year Vision Plan for the up-gradation of 15 select zoos in the country to global standards which is hoped to ‘twin’ top Indian and foreign zoos and also bring in the corporate sector to invest in modernization as part of this project. The Minister also said that early next year an investors summit will also happen to take this agenda forward.

Rajgir Zoo Safari, in the eastern state of Bihar was granted recognition during the General Body meeting of the Central Zoo Authority on December 07, 2020. The zoo is established exclusively comprising on only safari enclosures which, on contrary to conventional enclosure, offer larger space for captive animals. There are five safari enclosures and a walk-in proposed in the zoo. The zoo proposes to house Lion, Bear, Tiger, Leopard and a mixed safari of common herbivore species such as Spotted Deer, Sambar among others. The zoo is located close to the historically important Nalanda and is expected to have a high footfall. The establishment of the zoo was personally monitored by the Chief Minister of the state. The zoo will display wild animals in naturalistic safari enclosures and promote awareness of towards wildlife conservation.

Shaheed Ashfaque Ullah Khan Prani Udyaan, Gorakhpur, U.P Bihar was granted recognition during the General Body meeting of the Central Zoo Authority on December 07, 2020. With this, the state of Uttar Pradesh has a total of 9 zoos. The establishment of the zoo is personally monitoring by the Chief Minister of the state. The zoo is situated in the spiritual land of Gorakhpur and has a high visitation. The zoo features enclosures for a range of birds, herbivores and carnivores. The zoo aims to create awareness through naturalistic enclosures and create long-lasting visitor experience through state-of-the-art visitor facilities like 4D Theatre, battery-operated train and accessibility to Divyangjan.