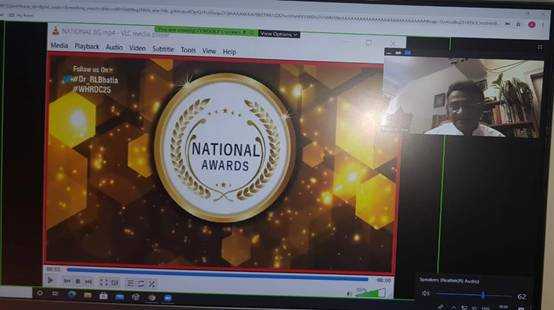 The team of TRIFED Warriors led by Pravir Krishna, Managing Director has been working diligently towards the transformation of lives of the tribal population across the country. Their unstinted efforts and initiatives got worthy recognition at the Virtual Edition of National Awards for Excellence – PSU held on October 14, 2020.Combined, the team won three Awards: two individual awards for the exemplary and inspirational leadership of Pravir Krishna in the CEO of the Year and Visionary Leadership Award categories and a collective award in the Investment in Start-Ups Category. Hosted by the World HRD Congress, the National Awards for Excellence – PSU recognize the outstanding initiatives taken by government departments, Public Sector units and industry leaders as they continue playing important roles in realising the country’s vision of a self-reliant economy and Aatmanirbhar Bharat.

The awards are a recognition of Pravir Krishna’s contribution towards livelihood generation of the entire tribal community and making them self-reliant – a mission right from his days as a district collector in Bastar, Madhya Pradesh and of the commitment of the team of TRIFED Warriors. 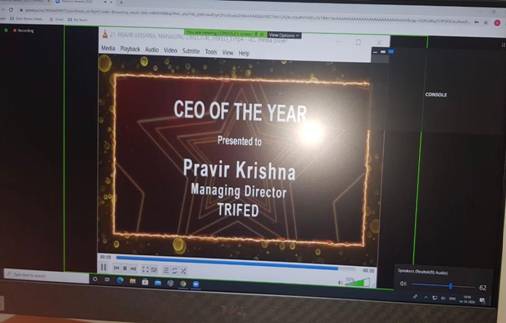 Believing firmly in a bottoms-up approach when it comes to tribal welfare and development, it is with a passion and drive that Krishna and the entire team at TRIFED has been working the past year towards the implementation and success of the Van Dhan Yojana, especially more so during this unprecedented Covid-19 crisis. The mission is to create an Atmanirbhar Tribal India. Keeping in line with this vision is TRIFED’s ambitious venture, the e-marketplace (market.tribesindia.com) launched on October 2, 2020, that showcases the produce and handicrafts of tribal enterprises from across the country and help them market their produce/ products directly. Connecting 5 lakh tribal enterprises to national and international markets, this is a major leap towards the digitisation of tribal commerce.

Recruitment of 83 posts of Head Master