Portraits, Kings, Landscape: The Practice of Painting at Udaipur Udaipur is set to receive yet another landmark exhibition, featuring some never seen before paintings from the collection of the City Palace Museum. This exhibition will be open for viewing from 20th October 2021 onwards, at The City Palace Museum, Udaipur. Titled Portraits, Kings, Landscape: The Practice of Painting at Udaipur, this exhibition, places paintings at the heart of Mewar’s court life. It emphasizes on the role of paintings as going beyond their illustrative and documentary nature to reflect not only the power and authority of the Maharanas but also its strategic use in the self-fashioning of the Sisodia dynasty. This exhibition has been curated by Dr. Shailka Mishra and with Dr. Dipti Khera as Adviser. 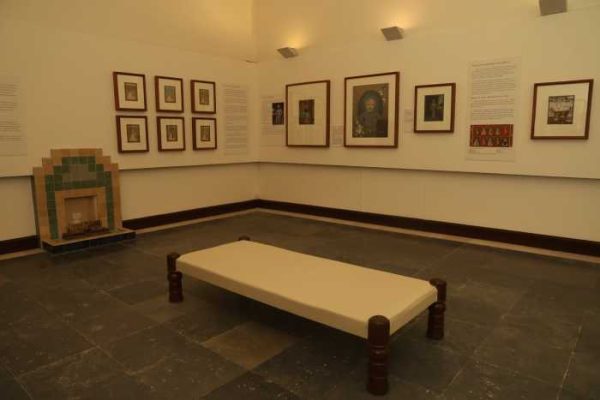 Mr. Bhupendra Singh Auwa, Administrator in Chief, MMCF informed that the exhibition particularly acknowledges and celebrates the role and skill of Udaipur’s artists, which is a constant underlying theme. A special video on the technique of painting was commissioned to bring forth the creativity of the Udaipur artist. Age old techniques and well kept secrets of how an artist manipulated the brush, and ingeniously, pieces of paper and cloth, to convey textures, are revealed in this production. Visitors will also have a chance to observe and interact with a local artist whose workshop is set up in the gallery. A series of workshops, lectures, and curated walks will be organized around this new exhibition, both onsite and virtually. Those interested should stay tuned to the Museum’s social media. 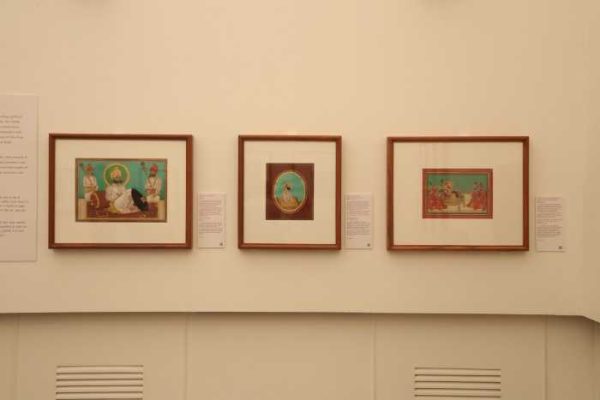 This exhibition was put together with the help of the financial assistance provided by the Ministry of Culture, Government of India. The conservation project of these artworks was led by Conservation Consultant, Mr. S. Giri Kumar at the Museum’s state-of-the-art conservation laboratory. The team had to be considerate of the varying sizes of these works; with the Udaipur artists known to have experimented with the size of their paintings. The selection ranged from extremely small paintings (approx. 4” in width) to extra ordinarily large ones (approx. 60” in width), and thereby proved to be a challenge with regards to mounting and framing of the paintings, other than the fact that each would require varying durations of conservation treatment. The architectural conservation work of the gallery was headed by Dr. Shikha Jain, Principal Coordinator MMCF Projects and Director, Dronah Foundation.

Portraits, Kings, Landscape will be displayed on the second floor of the Zenana Mahal, in a space called Bhagwat Prakash. It was formerly the living quarters of Maharana Bhagwat Singh Mewar of Udaipur (r. 1955 – 1984 CE), and family. He was the 75th custodian of the House of Mewar, and Founder, Maharana of Mewar Charitable Foundation. The interiors were meticulously restored to their original condition, with minimal intervention, for it to retain its 20th century art deco appearance, with its trendy green hues, tiled fireplaces, and light shades in bold geometrics! The new gallery has been planned in a manner best suited for the long term heath of the artworks.

The City Palace Museum, Udaipur, administered by the Maharana of Mewar Charitable Foundation (MMCF) was set up in 1969 to safeguard and preserve the cultural heritage and the time honoured traditions of the people of Mewar. The Museum showcases the vast repository of building practices of Mewar, with various sections of the complex clearly depicting the varied influences of the times and the personal building styles of successive custodians ranging from Maharana Udai Singh II (r. 1537 – 1572 CE), 53rd Custodian of House of Mewar to the present, 76th custodian of the House of Mewar, Shriji Arvind Singh Mewar of Udaipur, Chairman and Managing Trustee of MMCF.

Shriji is today focusing on the challenges that Udaipur will have to face in the future.  “I  am now concentrating my  thoughts  on  developing  a  model  of  a  Living Heritage  that  will  also  be  a  practical  model  of  sustainable development”. This concept takes away from singular cultural identification.  In Udaipur, the endeavour is not to identify the city with any one particular monument, or any single concept and idea, however unique it may be.  Udaipur is not merely a tourist destination.  It  is envisioned  as  the  embodiment  of  a  living  heritage  that  is sustaining  the  essence  of  the  past,  yet  continually updating  itself  with  modern  elements. “In  a  word,  we  are  here  to  serve,”  he  says  emphatically.

The City Palace Museum continues to be the centre of excellence of the region’s tradition and is a symbol of the cultural legacy of Mewar. It has always been a self-sufficient developing centre within itself and shall continue to grow into an ideal prototype of a living heritage. The Museum today functions as the preserver of the tangible and intangible cultural heritage of Mewar in these times of rapid change and cultural homogeneity. Every year, over 10,00,000 visitors from India and all over the world are witness to the heritage of Mewar as enshrined in The City Palace Museum.

This exhibition can be viewed with a Museum ticket. It would particularly be of interest to scholars, art historians, students, and artists! Schools, and others interested, can reach out to the Museum at mmcf@eternalmewar.in, for special curated walks and activities based on this exhibition.

Tagged with: Painting at Udaipur