New Delhi : Over 11,000 COVID-19 vaccine doses have been administered to inmates of three jails in the national capital so far by the Delhi Prisons Department, officials said on Sunday. 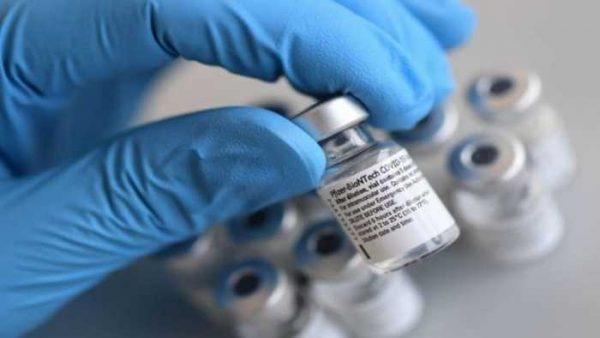 A total of 11,525 doses of COVID-19 vaccine have been administered, they said.

Similarly in Rohini jail, 172 inmates above 45 years and 600 below that age were administered the vaccine while in Mandoli jail, 483 inmates aged above 45 and 2,232 below it have been inoculated, according to the data.

The prisons department launched a Covid vaccination drive for the inmates in the 45-plus age category on March 18, while the inoculation of prisoners in the 18-44 age group began on May 18.

Since March, around 383 coronavirus cases have been reported among the inmates of the three jails and eight of them have succumbed to the infection, officials said, adding 225 prison staff have been infected with Covid so far.

Covid-appropriate behaviour, including social distancing, among the inmates is being strictly followed, a senior jail official said.

“This year, the process of releasing inmates started from the second week of May. A total of 3,442 undertrial prisoners were released on interim bail and 845 convicts were released on emergency parole from the prisons,” they said.

These include inmates who were released last year and then surrendered with no adverse report, and also new prisoners who were eligible for such interim bail or emergency parole in view of the pandemic, under the criteria laid down by a high-powered committee, an official said.

Last year, around 5,500 undertrial prisoners and 1,184 convicts were released on interim bail and emergency parole from the three jails during the coronavirus lockdown.

The first COVID-19 case was reported in Rohini jail on May 13 last year. Two Covid positive inmates of Mandoli jail — both senior citizens — had died on June 15 and July 4 last year.