On the occasion of 130th Foundation Day of National Archives of India, Shri Prahlad Singh Patel to inaugurate an exhibition “Jallianwala Bagh” on 11th March 2020 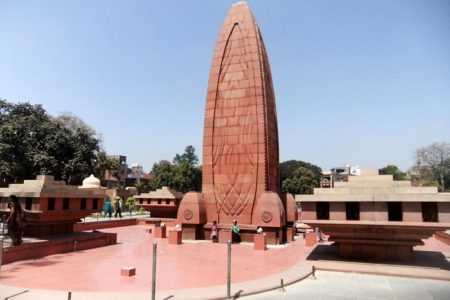 On the occasion of 130th Foundation Day of National Archives of India (NAI), Union Minister of State for Culture and Tourism(Independent Charge), Prahlad Singh Patel will inaugurate an exhibition  “Jallianwala Bagh”on 11thMarch 2020 at 5.00 pm at the premises of National Archives, New Delhi.Based on the original documents, this exhibition is an endeavour to commemorate the centenary of JallianwalaBagh Massacre covering a period from (1915-50).

The present exhibition is primarily presented with the help of original and digital copies of archival documents relating to the Jallianwala Bagh Massacre available in National Archives of India. This is an earnest attempt to portray the relentless struggle of the Indian people against the British tyranny through our record holdings.

The inauguration of exhibition will be preceded by the Foundation Day Lecture by Smt. Kishwar Desai,  on Jallianwala Bagh at 11.00 am at National Archives, New Delhi.

The National Archives of India is an Attached Office under the Ministry of Culture.  It was established on 11 March 1891 at Kolkata (Calcutta) as the Imperial Record Department.  Following the transfer of the capital from Calcutta to Delhi in 1911, the present building of the National Archives of India was constructed in 1926 which was designed by Sir Edwin Lutyens. The transfer of all records from Calcutta to New Delhi was completed in 1937. It is the nodal agency for the implementation of the Public Records Act, 1993 and Public Record Rules, 1997. The exhibition will remain open for public viewing till 30 April 2020.