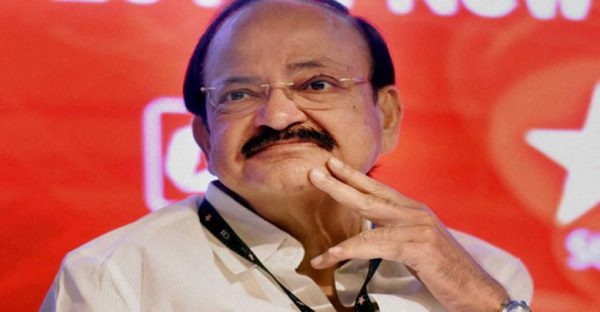 The Vice President of India, M. Venkaiah Naidu has called upon students, teachers and all educational institutions to build a people’s movement for water conservation and against the single-use plastics.

Addressing a group of students who secured top ranks in the Uttarakhand 10th Board Examinations, he referred to Swachh Bharat, Beti Bachao Beti Padhao, Per Drop More Crop, Poshan Abhiyaan and Yoga and said that they should be turned into people’s movements. He said Uttarakhand has been blessed with water and forest resources and it was the pious duty of the people to conserve these resources.

Emphasizing on water conservation, Naidu described water as Mother Earth’s nectar. At a time when we are looking for traces of water in search of life on the moon, we should give greater importance to conserving water on earth.

Referring to the many-splendored scenic spots in Uttarakhand, he said that there was huge potential to promote tourism, particularly pilgrimage tourism in the state as it would also create job opportunities for locals.

The Vice President recalled the statement of Prime Minister, Narendra Modi urging people to explore 15 new domestic tourism destinations by 2022 and said that travelling itself was part of the learning process for the students as it would expose them to cultural diversity and unity of the country.

Pointing out that technology was changing at a rapid pace the Vice President urged the students to keep abreast of the latest technological developments and strive to build a New India.

Naidu complimented the students for their achievements.

The students were accompanied by the local MLA from Deoprayag, Uttarakhand, Vinod Khandari.

The Vice President was informed that the MLA Vinod Khandari has organised Bharat Darshan for meritorious students form 51 Government Schools in Uttarakhand.