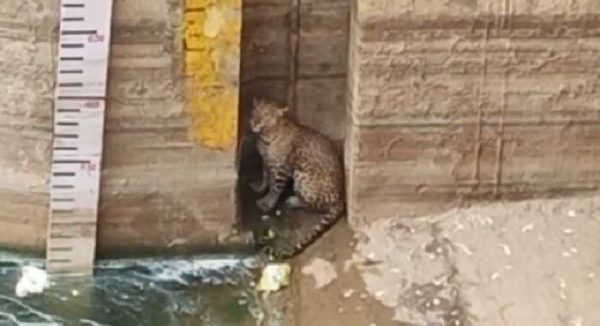 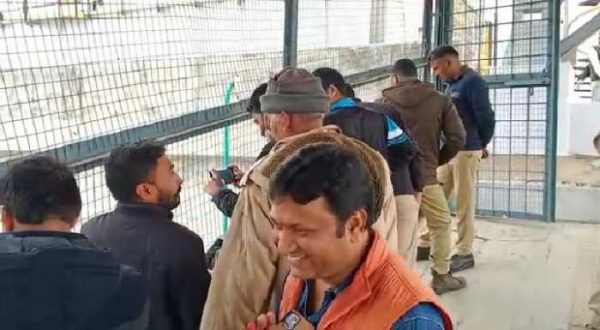 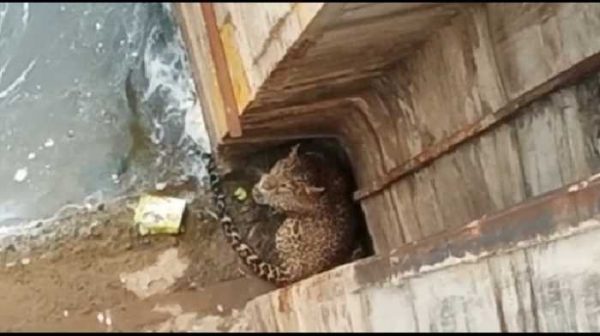 Udaipur : Panic prevailed in Ghosunda dam area , some 18 kilometers from Chittorgarh district headquarters on Friday when a leopard happened to enter inside the premises in search of water. The leopard was alarmed to see the dam staff and tried to hide itself behind the pillars and structures and before the rescue team could tranquilize the wild cat, it ran away into the forest area.

The leopard was spotted by the workers who were terror struck to see the animal near the gate side. The staff informed the rescue team and kept a watch in the cat until the officials arrived. Meanwhile the wild cat too was alarmed to see men and hear noises that made it restless. Teams from the district administration too arrived. The rescue team waited for the leopard to settle and planned to tranquilize it.

However the leopard kept moving and finally it leaped upwards and found it’s way to vanish into the jungle. The dam staff said the scarcity of water in the nearby areas and drying up of water holes are the reasons that wild animals are forced to come in the human settlements in search of water. They said there are chances of the leopard reappearing in the area and hence demanded the forest department to keep a cage to trap the animal.