The National Statistical Office (NSO), Ministry of Statistics and Programme Implementation has released the First Advance Estimates of National Income at both Constant (2011-12) and Current Prices, for the financial year 2020-21 along with the corresponding estimates of expenditure components of the Gross Domestic Product (GDP).

2.  The First Advance Estimates of GDP have been released in accordance with the release calendar of National Accounts. The approach for compiling the Advance Estimates is based on Benchmark-Indicator method. The sector-wise Estimates are obtained by extrapolation of  indicators like (i) Index of Industrial Production (IIP) of first 7 months of the financial year, (ii) financial performance of Listed Companies in the Private Corporate sector available upto quarter ending September, 2020 (iii) 1st Advance Estimates of Crop production, (iv) Accounts of  Central & State Governments, (v) information on indicators like Deposits & Credits, Passenger and Freight earnings of Railways, Passengers and Cargo handled by Civil Aviation, Cargo handled at Major Sea Ports, Sales of Commercial Vehicles, etc., available for first 8 months of the financial year. Projections for 2020-21 for Freight earnings of Railways, Passengers and Cargo handled by Civil Aviation, Cargo handled at major Sea Ports were also made available by the concerned agencies which were made use of in compilation of estimates of respective sectors. With the introduction of Goods and Services Tax (GST) from 1st July 2017 and consequent changes in the tax structure, the total Tax Revenue used for GDP compilation include non-GST revenue and GST revenue. For the year 2020-21, the Budget Estimates of Tax Revenue as available on the website of Controller General of Accounts (CGA) and Comptroller and Auditor General of India (CAG) have been used for estimating taxes on products at Current Prices.  For compiling taxes on products at Constant Prices, volume extrapolation is done using volume growth of taxed goods and services and aggregated to get the total volume of taxes. Information available on Revenue expenditure, Interest payments, Subsidies etc. based on detailed analysis of budget documents of Centre and States for 2020-21 were also put to use. Extrapolation for indicators like IIP were used to be done by dividing the cumulative value for the first 7 months of the current financial year by average of ratio of cumulative value of 7 months to the annual value of past years. In the current pandemic led scenario, where wide fluctuations are noted in the month-wise indices with a significant drop especially in the first quarter, the usual projection techniques won’t hold good. Necessary modifications were accordingly made in extrapolating the indices based on the available information. Percentage change in the main indicators used in the estimation are given in the Annexure.

5. With a view to contain spread of the Covid-19 pandemic, certain restrictions were imposed from 25 March, 2020. Though the restrictions have been gradually lifted, there has been an impact on the economic activities as well as on the data collection mechanisms. The data challenges in the case of other underlying macro-economic indicators like IIP and CPI, used in the estimation of National Accounts aggregates will also have implications on these estimates. Further, the projected indices may significantly vary from the actual indices which in turn will depend on the pandemic led economic situation prevalent during those months and specific measures, if any, taken by the government.

6.  Estimates are therefore likely to undergo sharp revisions for the aforesaid causes in due course, as per the release calendar. Users should take this into consideration when interpreting the figures. 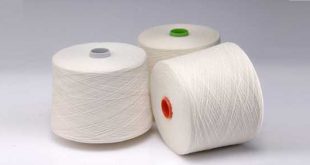