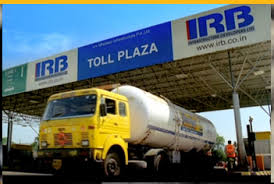 The promoters holding in the company stood at 58.46%, while Institutions and Non-Institutions held 27.94% and 13.60% respectively.

IRB Sindhudurg Airport, a SPV of IRB Infrastructure Developers, has received Aerodrome License from the Director General of Civil Aviation (DGCA). The Aerodrome License will now enable the company to throw open the new aviation facility for Airlines and general public. The DGCA in the license issued the Company states, the license authorizes the Aerodrome to be used as regular place of landing and departure to all persons on equal terms and conditions by aircraft requiring specifications of runway and associated facilities including granted exemptions equal to or less than those indicated in the Aerodrome Manual.

Sindhudurg Airport with the cost outlay of approximately Rs 800 crores and concession period of above 90 years is the first of its kind in the South Konkan Region, which is aimed at establishing and enhancing air connectivity of the region with Western Maharashtra; Southern States; Mumbai and subsequently to all regions of the Nation. The Airport will not only generate the passenger traffic, but also it will be a boon for economic development of the region as it will facilitate and boost cargo transportation; generate direct as well as an indirect employment and other business opportunities for the local people.