New Delhi : A flight from India to Dubai, a nine-hour layover to take a flight to Barcelona, from there to Mexico and a two-day stay for an RT-PCR test, and then finally a plane to Vancouver – that”s what it took 19-year-old Lareina Kumar before she arrived at the university of her dreams in Canada. 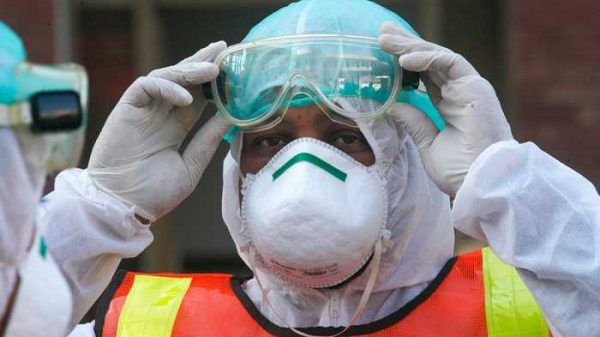 Kumar”s trip to four countries is not part of a tourism itinerary. She did not have a choice as Canada restricted direct flights from India in view of the Covid situation during second wave and also because it doesn”t accept an RT-PCR test done in India.

With the consecutive extension of the ban on direct flights, the only way for Indian students who have got admission to Canada varsities is to take a connecting flight to Canada where they will have to obtain a negative RT-PCR certificate from a third country. That third country has to be on the approved list of Canada.

The students and parents are demanding that the issue of Indian RT-PCR tests not being accepted should be taken up by India with the Canadian government, saying the current procedure is not only inconvenient but also highly expensive.

While Kumar had her travel sorted by spending over Rs 5 lakh on a trip that would usually cost less than Rs 1.5 lakh, several others like her are still figuring out their way around the possible route to take, the excessive expenditure involved and the uncertainity.

“I had plans to go with my daughter to help her settle there but all plans have been hit by the restrictions forced by the pandemic. Not only my daughter has to travel all alone for the first time but also navigate through four countries with a sword hanging on our heads that the norms can change any time,” Lareina”s mother Lovely Kumar told PTI.

“We had a ticket booked for her through Doha but then the norms changed for the country and the partial refund from the trip is also nowhere in sight. The hotels offering refund policy are offering exbortiant prices while the afforable ones have no cancellation policy. So a trip that would have cost us around Rs 1.5 lakh has shot upto Rs 5 lakh and the mental anguish it has caused is unimaginable,” she added.

Lareina is a second year undergraduate student at Emilly Carr University of Art and Design in Canada. While she enrolled last year, so far the classes were online due to the pandemic.

At a time when several European countries, including the United Kingdom, France, have relaxed travel restrictions on India because India”s COVID-19 situation is improving, Canada has again extended the ban of direct flight from India till September 21.

A Gurgaon resident who did not wish to be identified is still figuring out the travel for his twin daughters to Canada who are supposed to join their university there.

“First the challenge is to arrange for the unexpected expenditure, to get the travel arrangements sorted for both of them together and then being on pins till they ultimately reach their destination without any hiccups due to travel restrictions,” he said.

“The Indian government should raise this issue with the Canadian government. This is crazy to travel to a third country just to take a RT-PCR test. If the Canadian authorities do not trust the quality of tests here, they can specify particular labs or set up some facilities at the Indian airport. One year of their studies has already passed and its a practical course so if they don”t go to university this year, the whole experience of study abroad will be a waste for them,” he added.

Ajay Bisaria, the High Commissioner of India to Canada, had last month met the Toronto representative of Air India to discuss the resumption of flights between the two countries. Bisaria noted this was a pressing need for many travellers, especially students.

“Imp to rapidly normalise mobility for economic recovery, for achieving normalcy in biz n educn. Discussed with @airindiain Toronto rep #RachelLawrence plans for resumption of flights in the India-Canada corridor given pressing needs of travellers, particularly students @IndiainToronto,” he had tweeted.

Arvind, who has also been deferring his plans to join offline classes at his university in Canada said, “I am unable to understand why RTPCR test done in India is not recognised in Canada. Why there is a discrimination with India. Indian govt should liaise and resolve this. We students now got both doses of vaccine. Why things are still not changing?”