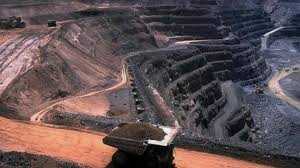 Chennai : Alleging discrepancy between records and the stock on hand, Tamil Nadu Electricity Minister V Senthil Balaji on Friday claimed that about 2.38 lakh tonnes of coal, meant to fuel the thermal power plant in North Chennai, has gone missing.

Expressing shock over the purported irregularities, the Minister who inspected the North Chennai Thermal Power Station (NCTPS) at Ennore here, said the inconsistency came to light during an inspection by senior officials.

“The discrepancy between the record and the stock came to light during inspection by a three-member team, which includes director of generation and director of distribution on August 6 and 9 respectively. During the stock verification, the officials found that 2.38 lakh tonnes of coal worth Rs 85 crore was not in reserve,” the Minister told reporters.

The stock was verified as on March-end this year, he said and added that a clear picture would emerge once a detailed probe is taken up.

“Preliminary investigation reveals that about 2.38 lakh tonnes of coal seems to have gone missing. There should not be any variation in the figures on records and stock had the administration been proper,” Balaji said.

A detailed probe would be taken up on the issue and in order to ascertain the truth on coal allocation an enquiry would also be initiated at the thermal power plants at Tuticorin and Mettur (Salem), the Minister said.