With a high number of COVID patients recovering every day and the sustained fall in the mortality rate, India’s steady trend of registering dipping active cases continues. The active caseload is sustained below the 6L mark for the sixth successive day today.

Presently the active cases comprise merely 6.42% of the total positive cases of the country.

16 States & UTs have cases per million lower than the national average. 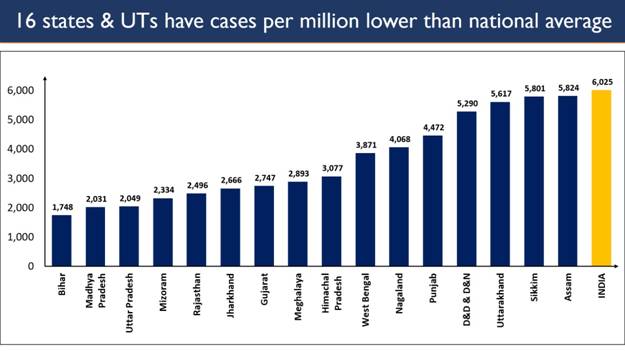 The total recovered cases are more than 76.5 Lakhs (76,56,478) thereby enhancing the difference with respect to the active cases. In another achievement, the national Recovery Rate has surpassed 92% (92.09%).

53,357 patients have recovered and discharged in the last 24 hours whereas the new confirmed cases stand at 46,253. 17 States/UTs have Recovery Rate more than the national average. 25 States/UTs have better tests per million than the national average. 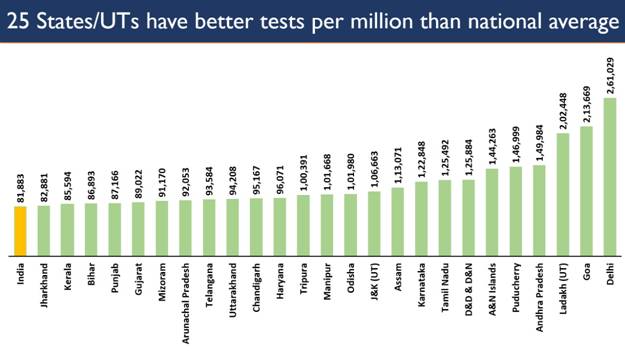 80% of the new recovered cases are observed to be concentrated in 10 States/UTs . 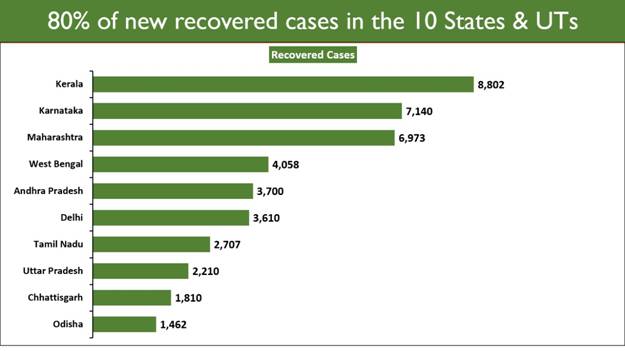 76% of the new confirmed cases are from 10 States and UTs. 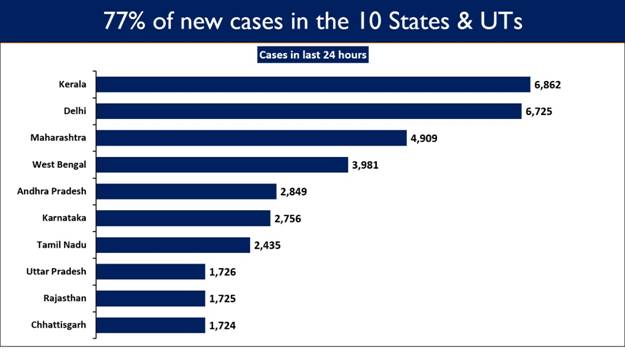 514 case fatalities have been reported in the past 24 hours.Of these, nearly 80% are concentrated in ten States/UTs. Maharashtra has reported the maximum single day deaths (120 deaths). 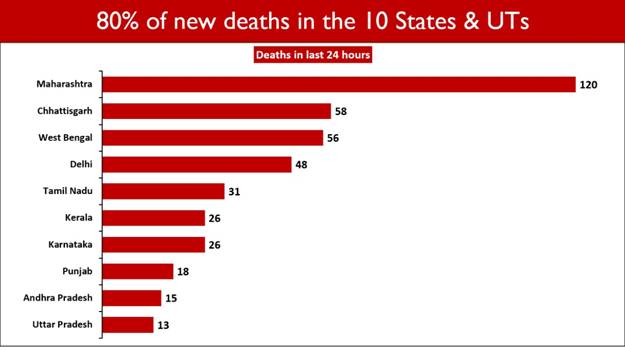 21 States and UTs have deaths per million lower than the national average. 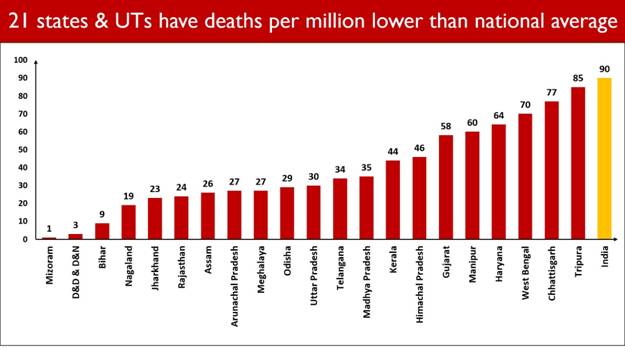