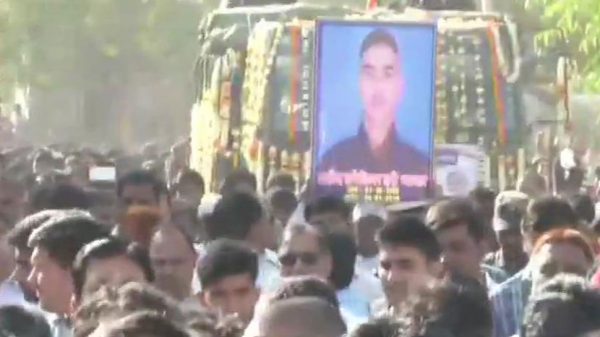 Jaipur: Hundreds paid last tribute to Makrana village in Rajasthan’s Nagaur as the mortal remains of Army jawan Hari Bhakar was brought to his hometown. Bhakar lost his life in ceasefire violation in Jammu and Kashmir’s Poonch on March 23. His last rites will be performed at his native village on Monday.

The jawan was injured in cross-border shelling at around 4 am on Sunday. Bhakar was immediately shifted to the nearest field hospital, where he succumbed to injuries, officials said.

Pakistani troops opened fire on the Shahpur and Kerni areas in Poonch district at around 5.30 pm on Saturday and it continued intermittently through the night, officials added.