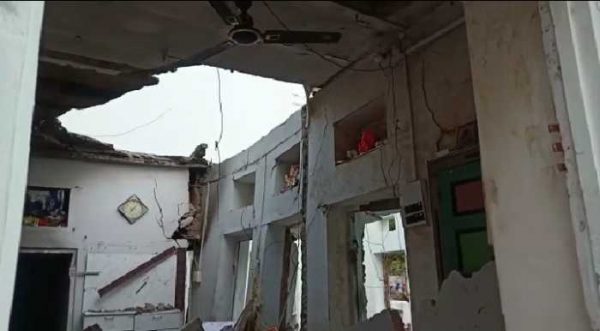 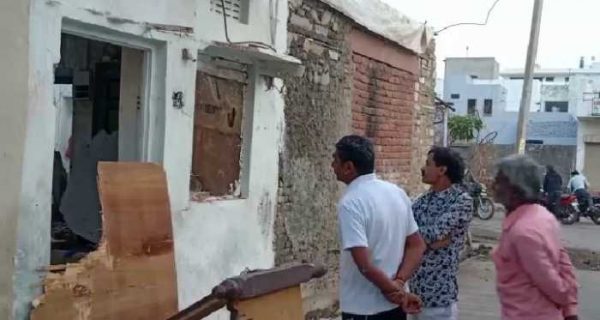 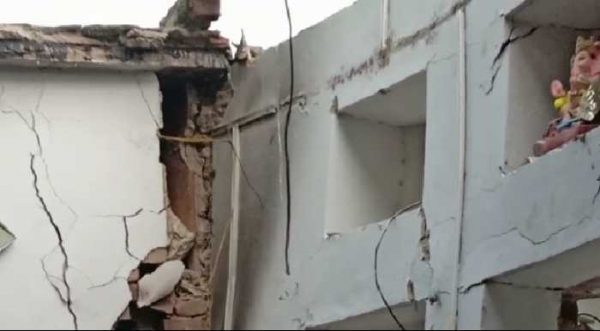 Udaipur : Three persons of a family were killed while four members were injured after a large fire which led to an explosion in the house in the wee hours of Friday in Meetha Ramji ka Kheda of Pratap Nagar colony in Chittorgarh.  Gas leak from one  of the cylinders kept inside the kitchen is presumed to be the reason behind the blast that collapsed the roof and fell on the inmates who were fast asleep inside their rooms.

The blast was so loud that the noise was heard up to half kilometer. People rushed to the spot and informed the fire brigade and police. By the time the rescue team doused  the fire, three persons had died while four others were taken to the hospital who were referred to Udaipur later.

In his condolence message Chief Minister Ashok Gehlot expressed grief at the incident and prayed for the speedy recovery of the victims. Chittorgarh collector KK Sharma and other senior officials went to the spot to take stock of the situation. The collector said an ex-gratia of one lakh rupees per deceased and 20 thousand rupees per injured from the CM relief fund would be given to the aggrieved family.

According to the officials three cylinders were kept inside the kitchen of which two were attached to two stoves. Gas leaked from the pipe from one of  the cylinders past midnight when the members were fast asleep. Gas filled inside the entire house and due to some spark , it caught and turned  into a large fire. The pressure created by the smoke and gas caused an explosion which collapsed the ceiling.

The victims were identified as Purushottam Bhambhi (32) his wife Jamna Bai (30) and his mother Sajni Bai (76). Puroshottam ran a medical shop in Senti. Among the ones injured were Purushottam’s Son Jaideep (10), daughter Bhumi (13), his brother Umesh ( 31) and a relative Suraj (16) who had come from Indore to visit them. A pall of gloom descended the area when in the afternoon, the bodies were taken out in a procession, the cremation was held afterwards.

An investigation is underway at the Sadar police station and the police is trying to find the reason behind the fire. Though the officers said that the three cylinders did not explode as they were found intact.