Udaipur : Hindustan Zinc, in partnership with Rajasthan Football Association, today announced the commencement of a massive football project – the Zinc Football Youth Tournament, with an aim to create a funnel to identify and promote the best footballing talent in the state. The inaugural edition of Zinc Football Youth Tournament will be conducted over the next six months,covering all the 33 districts in the state and will see participation of more than 500 schools and over 5000 young girls and boys under the age of 15 years. 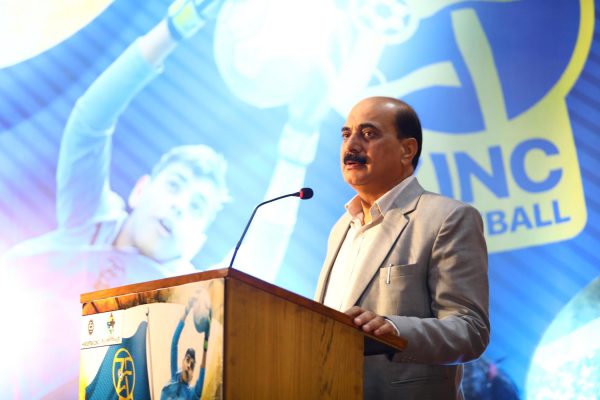 Slated to kick-off from mid-January early next year, the Zinc Football Youth Tournament will start at the zonal levels, then to the state level in Rajasthan, the winners of which will move into the final face-off round to determine the ultimate Champion of Rajasthan, which is scheduled to be held in July at the fabled Zawar Stadium in Udaipur. Believing this to be the platform towards producing another Magan Singh Rajvi from the State, Zinc Football scouts will keep an eye on each and every match and player to spot the worthy talents and provide them an opportunity to be a partof the Zinc Football Academy at Zawar. The Zinc Football Youth Tournament will be one of the biggest state youth tournaments in the country, and is in line with Hindustan Zinc’s commitment to ushering a football revolution in the state of Rajasthan. Zinc Football, the flagship youth football development programme of the company, with its residential academy and community outreach initiatives, has already started to make a mark in the football landscape of the state and the country.

Speaking on the launch of the tournament, Mr Sunil Duggal, CEO, Hindustan Zinc Ltd. said: “Hindustan Zinc has already been building a robust grassroots football structure through Zinc Football over the past couple of years. Today, we embark on another journey to take this vision forward and spread the fervour of football far and wide across Rajasthan by leveraging the power of the world’s most loved sport. Starting from Rajasthan, we intend to spread this module all throughout the country in the coming years.”

Mr Dileep Singh Shekhawat, Secretary, Rajasthan Football Association said, “We are glad to support Hindustan Zinc for one of the biggest youth tournaments in the country, which will provide a platform for boys and girls under 15 years of age from all parts of Rajasthan to showcase their talent. It is really great that Hindustan Zinc has decided to invest in grassroots football which will surely help Rajasthan prosper in the Indian Football map once again.” 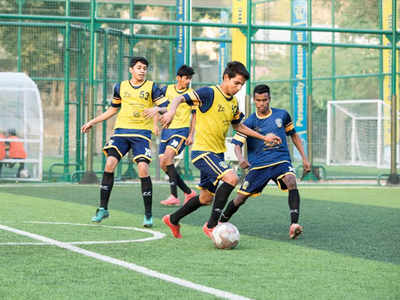 Hindustan Zinc also unveiled the swanky and shining trophy of the Zinc Football Youth Tournament today, at a glittering ceremony in the presence of Rajasthan football legend Mr Magan Singh Rajvi and Mr Kailash Chandra Bishnoi, I.P.S., SP – Udaipur. The tournament is being executed by The Football Link, the strategy and implementation partners of Zinc Football. Hindustan Zinc, has been associated with sports and has been promoting sportsmen for almost 4 decades when the company made its football stadium at Zawar in Rajasthan in 1976. Since last 40 years, National Football Tournaments are being organized every year at Zawar Stadium. The company has also supported several athletes in the past who have brought numerous laurels for the country in international events.

Vedanta Limited, Hindustan Zinc’s parent company, has pledged its support to the development of Indian sports with particular emphasis on football. Vedanta’s initiatives focus on social and economic upliftment, youth development, community building, women empowerment and promoting healthy living through sports. The company’s football programme in Goa, SESA Football Academy, has been at the forefront of developing grassroots football at the national level since 1999.