Eminent personalities from various sectors cast their votes in Bengal 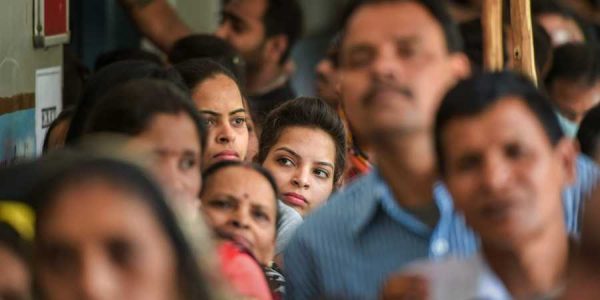 Kolkata : A number of business tycoons, well known film actors, sports personalities and political leaders who also formed a part of the 1.49 crore electorate in nine Lok Sabha constituencies in and around Kolkata, cast their votes in the 7th and last phase of Lok Sabha elections here today.
While noted industrialist and the head of Rs 15,000 crore RPG Group Sanjiv Goenka, his wife and son Gaurav, who heads the Spencers Chain of Shopping Malls across the country, cast their votes at a polling booth at New Alipur under Kolkata South Lok Sabha constituency, another leading industrialist and the Managing Director of Patton Group of Industries Sajay Budhia and his wife Nina also exercised their franchise in another South Kolkata polling centre at Ballygunge Place area along with the head of Rs 10,000 crore Emami Group S K Awarwal and his family in some other booth also in Ballygunge area.
Among the film personalities Debashree Roy cast her vote at a booth near Deshapiya Park, her co actress and TMC  candidate from Bankura Shatabdi Roy did the same near her house at Gariahat, while Ranjit Mullick and her daughter and leading actress Koel Mullick cast the ballot near their residence in Golf Garden area. Another well known actor – Jit also exercised his franchise at Jodhpur Park area.
Among the sport personalities –  former Mohun Bagan defender and the National football Coach Subrata Bhattacharya exercised his franchise along with his wife and son at a booth in Golf Green area, while his former team mate Surajit Dasgupta, also a resident of Golf Green, cast his vote with his wife in another booth in the same area at around noon today.
Among the political leaders – state Education minister and Trinamool Congress General Secretary Partha Chatterjee  cast his ballot near his house in Behala, Mohammad Salim did the same in a booth at Entally, while Union minister and BJP candidate from Asansol Babul Supriyo did the same near his house at Salt Lake area which falls under Dum Dum Lok Sabha constituency.
A large number of eminent voters from various other sectors  including others from the Tollywood Film Industry and sport fraternity have also cast their votes in the last phase elections today.
Please share this news
2019-05-19
chundawat
Share !