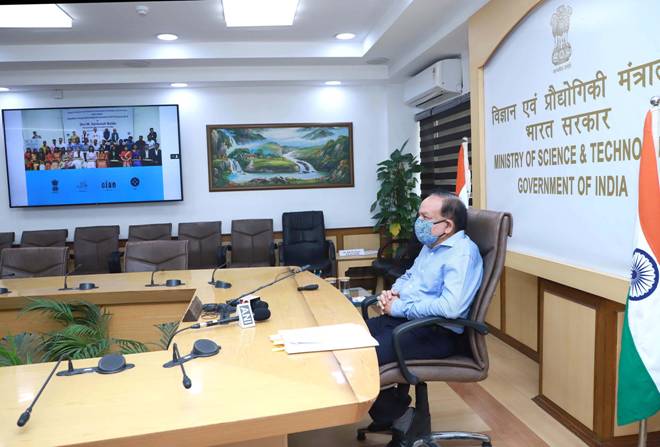 Gandhian Young Technological Innovation awards constitute two categories of awards, SITARE–GYTI under Biotechnology Industry Research Assistance Council (BIRAC), Department of Biotechnology (DBT) and SRISTI-GYTI given by SRISTI. The awards and appreciations are given under these two categories to encourage technology students to move towards setting up Biotech and other start-ups.

Dr. Harsh Vardhan congratulated all the students and exhorted them to address the unmet social, industrial and environmental needs and to create widespread awareness about the same. He pointed out, “More than Rs. Ten Crores worth of other awards and investment have been mobilized by the SITARE-GYTI winners so far besides 89 publications, and 39 patents being under progress”. “When we are celebrating 150 years of birth anniversary of Mahatma Gandhi, GYTI awards are a fitting tribute to his legacy of using Science & Technology to solve societal problems”, he added.

Dr Harsh Vardhan recalled how several reforms were being undertaken in improving the funding of research with special attention to the needs of young students, women scholars and others. He also advised the innovators to avail of the incubators set up by DBT, BIRAC, CSIR, ICAR etc., and help India move towards Atmanirbharta. He was very keen, “We should try to unleash the creative power of students even at  school stage so that interest in life sciences can be triggered right then”. He also shared with the students “India did not make a single COVID-19 test kit, or PPE or even ventilators in February this year and then within less than hundred days, thanks to the platform provided by Ministry of Science & Technology and the network of dedicated biotech entrepreneurs, India has not only achieved self-reliance but also is now in a position to help other developing countries”.  Similarly, India has promised to share its vaccine with other countries as well, he added.

The Minister highlighted that all innovations and scientific solutions must be for “transforming the lives of people”. In this regard, Dr. Harsh Vardhan said, “We are working on Scientific Social Responsibility policy right now, with focus on how efforts of our scientists can benefit all sections of society”.

Dr. Harsh Vardhan expressed his appreciation that “Honey Bee Network has been scouting and supporting grassroots innovators also through SHODHYATRAS all over the country and encouraging under-graduate students to work on their innovations as well as on traditional knowledge through BIRAC supported Biotechnological Innovation Ignition Scheme”. He said, “S&T labs of DBT ,CSIR and DST can now be the Incubators for these young Innovators. Also the BIRAC E-YUVA scheme will engage a number of Universities and Technology Institutes to serve as Mentors. This will help us to create a pan-India network to encourage a larger number of student entrepreneurs”. 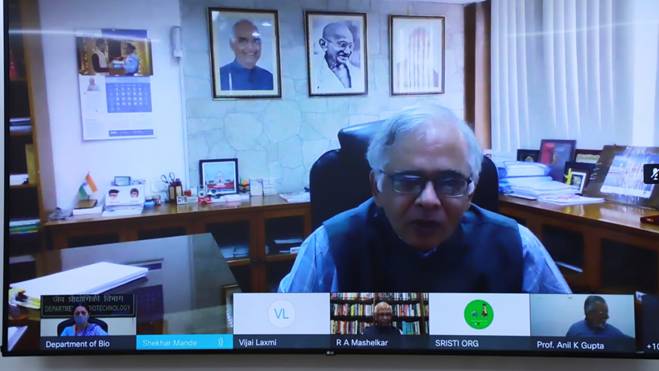 Dr. Renu Swarup, congratulated all the awardees and recalled how BIRAC had conceived SITARE to galvanise the power of creativity and innovative thinking among the young minds. She called upon awardees to spread the word about various schemes of BIORAC (Biologically inspired resilient autonomic cloud) so that more and more students try to set up start-ups and help India become self-reliant.

Dr. Shekhar Mande assured all help to the young student innovators from the network of CSIR labs. He pointed out that Indian scientists have made themselves count in India’s exemplary fight against COVID-19.

Dr. R. A. Mashelkar emphasized that the contribution ‘The Honey Bee Network’ has made to trigger grassroots innovation movement in India is unparalleled worldwide. Now, SRISTI has added GYTI platform to encourage innovations for grassroots and other sectors of India to encourage technologies that are frugal and on verge of technological breakthrough, he said.

Under SITARE-GYTI awards, 250 entries from student innovators with potential for Biotech and life science start-ups were received in six categories from 96 universities and institutes across 23 states and Union Territories. More than 700 entries were received under SRISTI-GYTI in 42 technology domains from 270 universities and institutes belonging to 27 states and union territories. The online evaluation of the shortlisted entries was undertaken by the experts. The evaluation committee, in addition to many others, included hundreds of very eminent experts including vice chancellors of Universities, Directors and faculty of IIT, IISc, Jawaharlal Nehru Centre for Advanced Scientific Research (JNCASR), DBT, CSIR, Indian Council of Medical Research (ICMR), and Indian Council of Agricultural Research (ICAR) institutions.

Rohingya refugees arrive at the relocation facility in Bhasan char