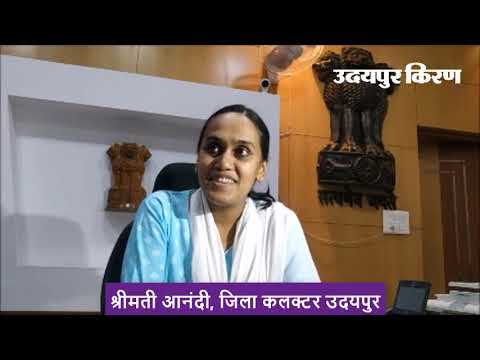 Udaipur : Prohibitory orders were imposed in the entire area under Sukher Police station of the city on Monday evening after a 45 year old nurse of the government MB hospital was tested positive. The nurse lives in Panna Vihar in the New Bhupalpura area and had been working in the corona ward for past fifteen days, sources said. Medical and the police department swung into action as the report was confirmed and the complete area was sealed by putting up barricades. Ambulances rushed to the colony to take the family members of the nurse, to quarantine facility.

More than 40 medical and nursing staff were sent to several colonies in the area who conducted door to door survey to collect data. People were strictly advised not to get out of their homes. Meanwhile, the medical department also prepared a list of all those people who had come in contact with the nurse at the workplace as well as neighborhood. “People  are not being allowed to come out of their homes. Business outlets and markets will remain closed till the prohibitory order remains effective” ASP city, Gopal Swaroop Mewara informed.

The total number of confirmed cases in Udaipur is 7, a day ago a positive case was reported in Thamla village of Mavli block.
Collector Anandi imposed prohibitory order for Thamla area on monday. Markets were shut down in the morning to implement theprohibitory orders in the wake of the coronvirus threat.