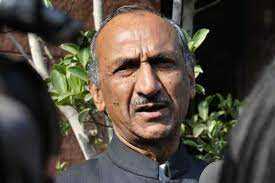 On the other hand, Delhi Congress vice president Agarwal accused the BJP of indulging in drama over his “sarcastic remark” against Modi.

“It is an old habit of the Congress to speak against women in derogatory terms. Talking in such language about the mother of the prime minister and most popular leader Narendra Modi is something that can never be pardoned. He should be immediately suspended from the party,” Delhi BJP president Adesh Gupta said.

Singh alleged that during a debate on a news channel, the Congress spokesperson used the word ”mother” in derogatory terms.

Responding to the allegations, Agarwal said, “During the debate, the BJP spokesperson was talking bad things about Congress chief Sonia Gandhi. I said when Modi ji visits his mother, he takes a camera with him and also makes his mother stand in line to get publicity.”