Agra : Bahujan Samaj Party leader Satish Chandra Mishra on Sunday said many “innocent” Brahmins were booked in the last year Bikru ambush case in Kanpur and claimed that the BJP government in Uttar Pradesh was not only anti-Dalit but also anti-Brahmin. 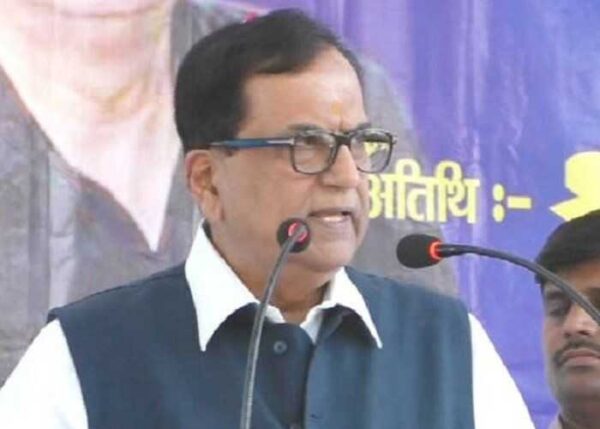 He also said that Khushi Dubey, the wife of a relative of slain gangster Vikas Dubey, was “unnecessarily” booked in the case.

On July 3 last year, a police team was ambushed in Bikru village in Kanpur district when it had gone to raid Vikas Dubey’s house. Eight policemen were killed in the incident.

Later, on July 10, the gangster was shot dead by police which claims that he had tried to escape when the vehicle bringing him back from Ujjain met with an accident at the Bhauti area near Kanpur.

The present BJP government is anti-Brahmin and anti-Dalit, and atrocities are being done on both the communities under this dispensation, Mishra alleged at the ”Prabuddha Varg Sammelan” here.

He also alleged that in the Bikru incident many “innocent” Brahmin”s were booked in false cases. “In the same incident, Khushi Dubey was dragged in the case and was booked,” the Bahujan Samaj Party (BSP) leader said

“Khushi Dubey has been detained unnecessarily by the government,” he claimed.

Mishra said that the BSP has always supported Brahmins and honoured them in the party. Brahmins have been given key responsibilities in the party, he added.