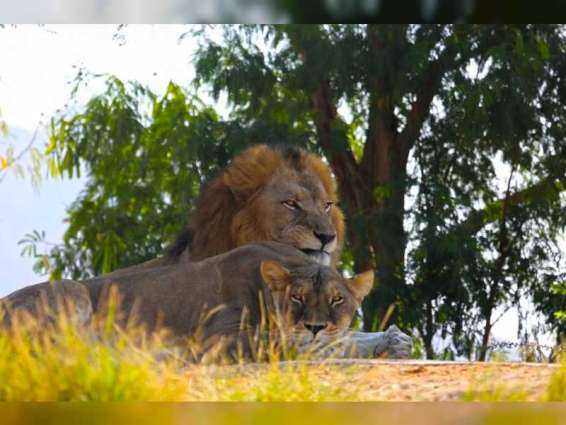 Since its inception, Al Ain Zoo has made continued efforts to conserve nature and wildlife becoming a sanctuary for more than 4000 animals. Over recent decades, Al Ain Zoo has become one of the leading institutions when it comes to breeding threatened species, utilizing its expertise in bringing the count of Arabian Oryx up to 180.

Al Ain Zoo was also successful in breeding and conserving Arabian Sand Cat, increasing their number to 38.Other work includes routine studies into the numerous species of threatened migrating birds arriving in the UAE and butterflies in the wild, in order to assess their count and improve the environment. In total, 14 species of wild butterflies have been recorded so far.

Al Ain Zoo has also taken part in setting strategies and plans to the Dama Gazelle Conservation Strategy 2019-2028, in partnership with several local, regional and international organizations in order to reduce its extinction risk. The Dama Gazelle is listed as a critically endangered species on IUCN, and Al Ain Zoo is home to around 80, which belong to the mhorr gazelle and addra gazelle subspecies.

Al Ain Zoo also succeeded in breeding one of the most threatened plants locally. The Ghadhafgrows slowly, taking several months to sprout.Al Ain Zoo works to propagate these types of native plants,along with several others, in order to preserve them from extinction.

Al Ain Zoo does not limit its efforts to research and specialized elements only, it supports the community by educating the public on several topics by organizing a series of activations throughout the year, including camping, hosting events and media appearances. In addition, many academic and educational publications highlight the importance of conserving threatened animals and plants to maintain biodiversity and conserve nature.