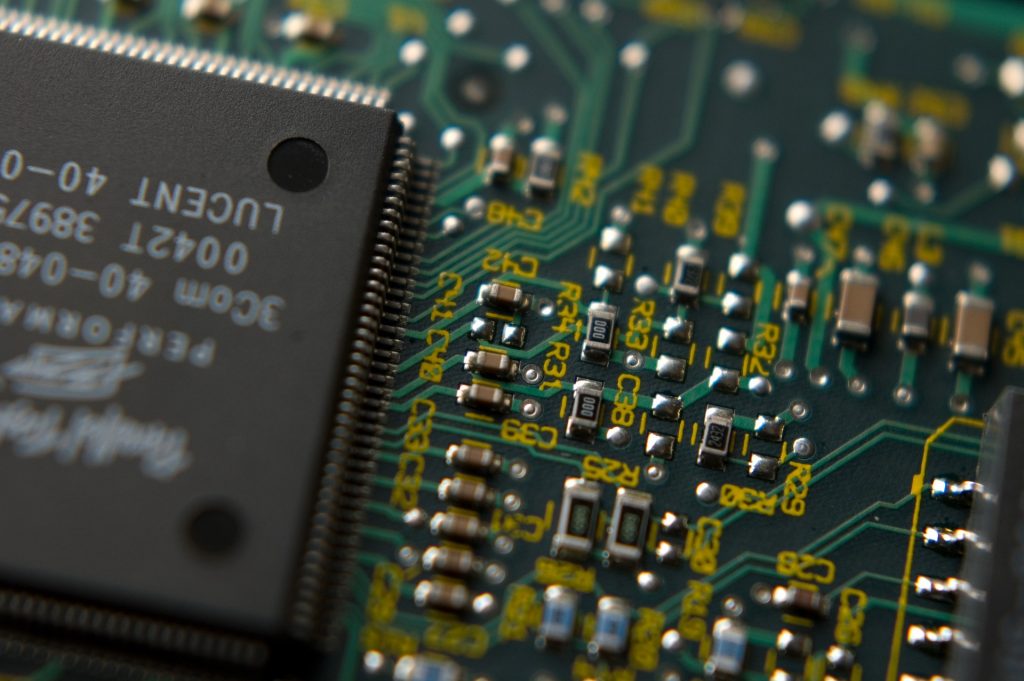 Artificial Intelligence is entering our homes, our game consoles, and our phones. Need faster gameplay while chatting live on videos? Fancy a game of Go with the world champion on your desktop? VR your living room from your phone? This is the right time to ask.

Machine Learning is bringing the current landscape of artificial intelligence to the next horizon. It has a lot to do with allowing computer systems to process larger and larger amounts of data required. As your devices process information faster and learn faster about your quirks, routines and habits, the result is smoother, faster to real-time response in your smart home, smartphone and other devices. But processing larger sets of data is not necessarily the only way – there are other forms of chip enhancements that will also advance and improve the IQ of machines.

Here are what some of the major chipmakers are currently working on and leading the way.

Ahead of the pack is Silicon Fen (Silicon Valley of the UK) market-dominant producer of chips ARM. Although revealed months after Google and NVIDIA’s AI chipsets, ARM’s top-of-line chips of CPUs and GPUs for Artificial Intelligence (AI) devices stand out as chips specifically engineered to allow for a ‘massive single-thread compute uplift’ — British for greater processing speed for VR and gaming.

These chips are called DynamIQ for a reason. The IQ stands for machine learning processes which will ‘deliver 50 times AI performance over the next three to five years’. What it will also do is, ARM says, ‘enable faster, more efficient and secure distributed intelligence between computing at the edge of the network and into the cloud’.

Up till now, ARM is the market dominant for processors in mobile phones and tablet computers, it designs and engineers processors used in all classes of computing devices from iPhones to Cray supercomputers. This year, ARM seems to have moved the industry’s tech horizon further aflield.

Amazingly, there is a chipmaker that is moving against the traditional tide of chip progression. A young Machine Learning startup mastering AI techniques that learn more efficiently from less data. Founded by a group of noted scientists and leading Machine Learning pioneers, and quickly acquired by Uber, Geometric Intelligence is currently teaching ride-hailing giant’s vehicles at Uber’s AI Lab how to self-navigate safely and autonomously in the real world.

The big boys may not have the best chipsets, but they have the funds and resources to be one step ahead. In fact, just before the launch of ARM‘s new chipset, Google revealed its latest Machine Learning processors at its Google I/O developer conference.

A few months earlier, Google had announced how it was embarking on specially-designed Artificial Intelligence chips to improve its services such as translation services. Then at the highly-popular developer conference, Google announced the latest versions of its Tensor Processing Units (TPU), the same chips Google DeepMind used to topple world champion Lee Sedol in the board game of Go March last year.

Designed to deliver 180 teraflops of performance, the second-generation TPU will power Machine Learning training as well as processing.

Rival NVIDIA’s answer to Google’s TPU is the Pascal systems, created similarly for Machine Learning and Artificial Intelligence. However, NVIDIA’s new Artificial Intelligence algorithms can only deliver over 21 teraflops of computing power as compared to Google’s 180 teraflops. The Pascal webpage promises ’Infinite Compute for Infinite Opportunities’.

Early this year, Intel also revealed its Core X chips for desktop computing,promising improved multitasking processes. The Core X will power enthusiast gamer and content creators. Imagine playing the latest games at the highest resolutions while streaming footage and creating a new vlog with four different creative tools, all at the same time.

Beyond multitasking and Go board games

Artificial Intelligence is entering our homes, our game consoles, and our phones. The advent of new forms of enhancements may one day lead to not only Machine Learning, but literally Machine Thinking.