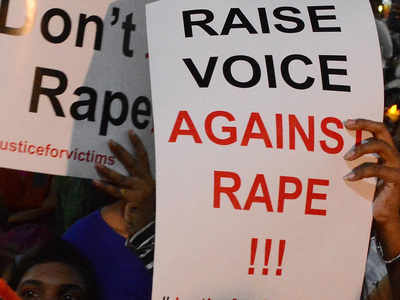 Udaipur : In yet another shocking incident a minor has been arrested  on charges of raping a 15-year old girl in Pratapnagar area of the city. Police has arrested three other youths for allegedly making video of them in compromising position and later spreading it over the social media. Police deleted the video after nabbing the youths,  sources claimed.

Additional SP Gopal Swaroop Mewara said the girl knew the accused who took her to a deserted location and sexually abused her on Tuesday. Meanwhile three youths happened to be there made video clips of the incident. Police said the rape incident was not recorded, the boy and girl were seen trying to put their clothes properly as they heard voices and realized they were being videographed.  Sources also claimed that the girl and boy frequently visited the area and the other accused knew them.

The matter came to light when the youths sent the video clip to the girl’s brother also beside other friends. The rape survivor’s brother gave a written complaint and hence all the four accused were arrested on Wednesday. Bharat Rebari,  Devilal Gameti and Manish Sindhi have been arrested for making the video clips and spreading it on social media while the minor rape accused has been arrested under the POCSO Act.