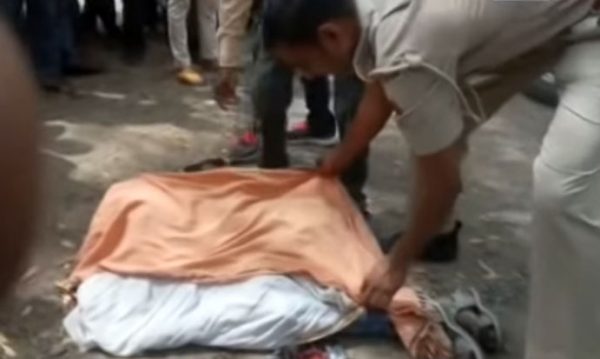 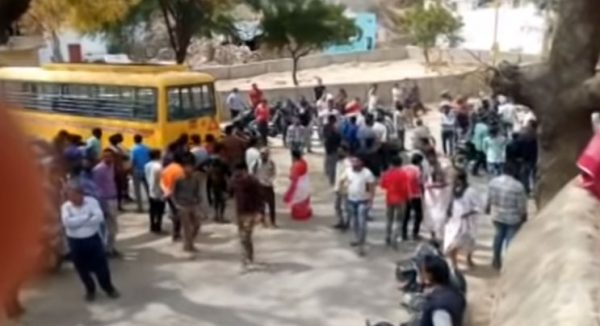 Udaipur : Pranav Vijayvargiya, a sixth class student of The Ankur School at Nathdwara in Rajsamand, was killed after being hit by his school bus leaving him trapped under the rear tyre on saturday noon. The child was the last one to get down everyday and on saturday too, he was alone in the bus. As the bus stopped at his stop, the boy ran down, unfortunately as he reached the back side, the driver took the reverse gear and the vehicle mowed down the boy who died on the spot.

The incident took place around 12.45 pm as the school closed early as per the examination schedule at 12 pm. People collected in large number at the accident spot while the driver Rajesh Paneri fled from the scene. “We have taken a report after receiving a complaint from the victim’s uncle Naresh Kumar, resident of Sindhi colony near Rampura. The autopsy has been conducted and the case has been registered under sections 279 and 304-A of the IPC” Jitendra Anchalia, Circle Inspector Nathdwara police station told Udaipur Kiran. Meanwhile, police had to face the fury of the people and authorities had a tough time convincing them. The residents claimed that the area where the accident took place was a narrow road where the entry of heavy vehicles should be strictly prohibited. People also said that had there been a conductor or assistant in the bus, the accident would not have happened as he would have guided the driver for a safe reverse.

“There is an assistant for every bus but unfortunately, the assistant in Pranav’s bus had to leave early before the school closed because his wife was ill. The bus driver was alone and it was a slop where the bus stopped to drop Pranav. When he was at the rear side, the driver changed the gear and the vehicle moved backwards thus hitting the child” Kiran Kaushik, the school principal told Udaipur Kiran. The incident came as a big shock for the school, a pall of gloom descended in the locality as the news spread.