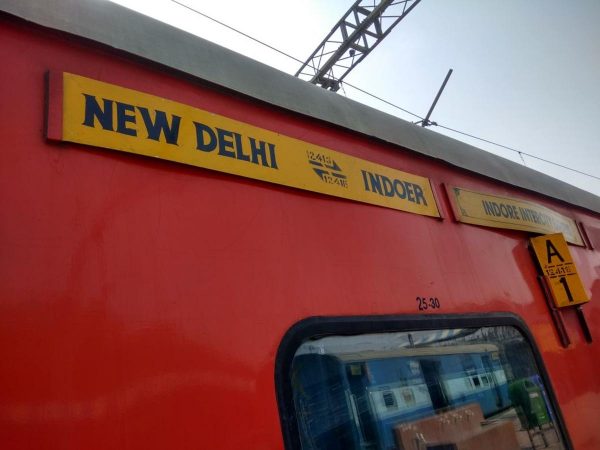 Udaipur : A woman’s body was found inside the bathroom of a third airconditioned coach of Delhi-Ratlam-Indore train in the wee hours of Tuesday. The woman Anju Kumar was travelling with her husband Jitendra Yadav and two year old son, they were residents of Alwar and going to Ratlam.

Around 3 am Jitendra woke up hearing the child crying and when he looked for his wife around, she was not to be seen. He went to look for her in the bathroom where her body was found. Yadav informed the GRPF which took the body in custody and sent it to the district civil hospital. The woman’s husband said that there was no security personnel in the train and the coach tender was sleeping on his seat past night. He complained apathy and said he didn’t get proper response and aid from the railway staff and co passengers at the time of need. GRPF officials said a case has been registered and the reason of death would only be known after they get the autopsy report. It is difficult to tell now whether it’s a suicide or murder, an officer said.