Mobile in one hand. Holding a big bag in the same hand. The other hand on the motorcycle handle – and his 3-4 years child holding his shirt. Shielding his child from the rains of Udaipur with an umbrella, this man seems to be a miracle.  Driving without a helmet was like invitation to an accident, accomplished.

Is he a responsible father or does he care about his child? The question was but obvious.

The first thought that came in our mind was not about the man who was driving the motorcycle, but the poor child who was sitting with all faith in his ‘Hero Father’, who I am sure believed, can do anything. The child was smiling and feeling very happy sitting on the motorcycle and his father shielding him from rains. It must have been good fun for him. Least he had an inclination that his ‘Hero Father’ had put his life in extreme danger and a slight jerk or brake or even a slight movement of motorcycle could put his life and his father’s life in danger.

We did click the picture, as these are the examples we show while taking workshop on ‘BE SAFE ZINDAGI’ across Hindustan Zinc locations, but we also stopped him and made him understand what he was doing. It was not that he did not know the risk he was taking, surprising was to see his confidence in doing a wrong thing in right way. He was confident of continuing like this till home.

Some people understand easily and some insist on minding our own business. He was perhaps the first one.

He did keep his mobile phone down and switched it off. Placed the bag on the petrol tank and closed the umbrella. He checked the grip of his child who was holding his shirt. With both the hands on the motorcycle handle, he smiled, apologised and went off.

His child waved us back perhaps not knowing what we explained the “Hero Father”. He smiled perhaps because he was now enjoying little drizzling.

We had this tremendous satisfaction of at least taking a little time out to explain a citizen about the value of life and what he meant to the child sitting behind him, not even knowing what he is holding to protect itself. Maybe, we could save two lives.

Rajasthan ranks 5th in India with respect to road accidents. To bring about a change, Pavan Kaushik, Vice President and Head-Corporate Communication of Hindustan Zinc launched the initiative – ‘Be Safe Zindagi’ to bring about safety, not just within the premises of the Company but also beyond the boundaries. 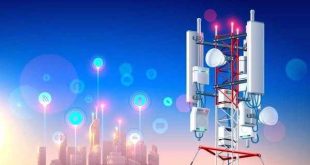