Selfie Drones and Smart Suitcases: Will the Ideas Fly? 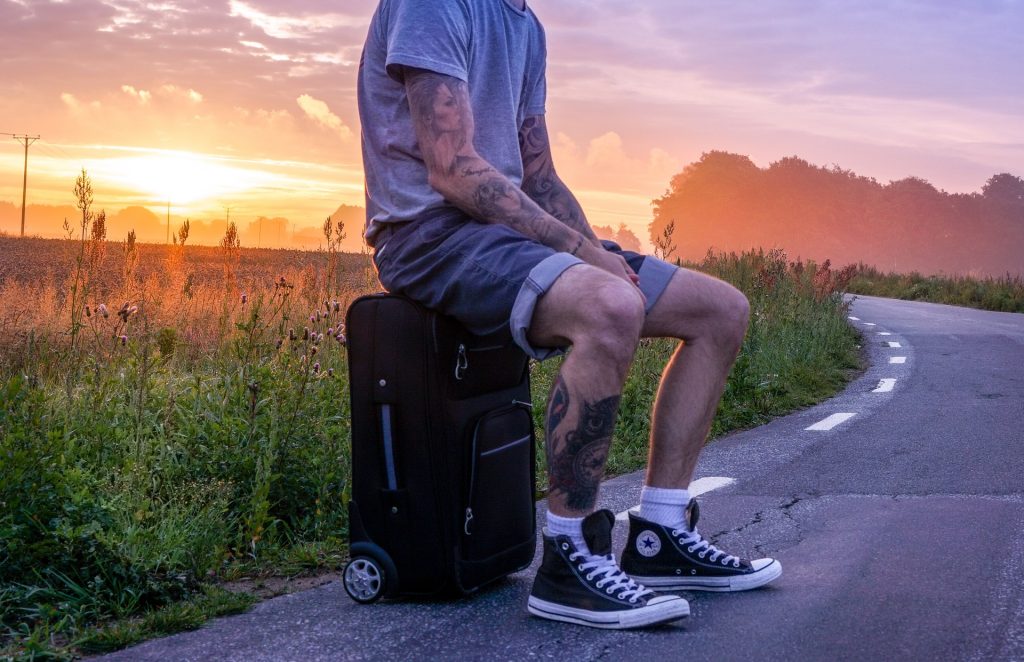 At the height of the drone craze, the chief of a major drone-maker made one thing very clear to attendees at the InterDrone conference back in 2015: drones are part of the Internet of Things.

He saw these self-flying drones’ huge potential as sensors, the part of the Internet of Things that gather the Big Data required for smart things to analyze and make key decisions on their own.

‘Drones should be thought of as ’unattended sensors,’ he says,‘They are sensors connected to the Internet that pass data to the cloud… They are part of the Internet of Things.’

This changed the perception about drones. Suddenly, they were more than just toys we use to annoy our pets. A decade later, drones have become ocean-deep remote sensors, watchers in shark-infested waters, even recording our lives, all on its own.

The idea of autonomous sensors and recorders connected to the Internet of Things has opened up new avenues for the flying toy and inspired new smart devices, such as suitcases.

Nearly 3 million consumer drones were sold in 2017, up from 2 million last year, according to research firm Gartner. Most of them have some form of camera. But none of them are autonomous — in other words, they require the smartphone user to manually pilot such camera drones while framing and taking photos.

Autonomous drones open up an entirely different area of use. Imagine, self-flying drones that also automatically take pictures for you on your voice command. Researchers at the National University of Singapore are designing drones that serve beyond the purpose of amateur aerial photography. They are programmed to be intuitive and intelligent. These drones not only take pictures, they understand the shots you require and they find the best position in the air to frame the shots.

‘Drones will be even smaller (than they are now) so we can carry them around as a smartphone camera, throw it in the air and take photos for us,’ Lan, one of the four researchers told Reuters; essentially outlining a personal drone photographer of the future.

Autonomous photo-taking drones will prove to be beyond an Instagram toy. Will we one day, not have a personal robot assistant on wheels; instead a personal drone that hovers close above us wherever we go, recording our lives as we go about our business, work, and travels?

One thing’s for sure — the selfie sticks’ days are numbered.

The last time travel luggages were reinvented was when product designers put wheels on them. After that, nothing much. Till now. Imagine an autonomous suitcase with the intelligence and independence of a drone.

In meetings with airlines across the U.S., manufacturers of a new kind of travel luggage are working hard to get their smart suitcases onboard.

Smart suitcases are connected to the Internet of Things via GPS, so they never get misplaced or lost. They also weigh themselves. Using your mobile phone, you can remotely lock and unlock your suitcase. Most importantly perhaps, the batteries that power the bags also charges the mobile phone, our personal connector to all things in life. Who can do without scrolling through Facebook during a 20-hour layover? However, it is the same lithium-ion battery pack in the suitcases that the world’s passenger airlines are restricting from their planes. Thus, the meetings go on.

The aviation industry regards lithium-ion batteries as a fire risk, both in the passenger cabin and in the cargo hold. The idea that a suitcase can weigh itself and operate independently away from its owner does not impress them either especially when the fear of terrorism in airports and transport hubs is still fresh.

Perhaps the right idea, at the wrong time.

Will these ideas fly?

Flying toys they are not. Even if these ideas never take off, they will not fall flat on the ground either. They are milestones along the evolutionary line of the Internet of Things. At the very least, autonomous photo-taking drones and independent smart suitcases give us an impression of the sort of the Internet of Things to come — one that will reach into every part of our lives.