Remedial classes for tribal rural kids to help get over Maths, English fear

Udaipur : Mathematics, English and Science are considered the most feared subjects among kids in government schools. However, an innovative project undertaken by volunteers has gone a long way to help students overcome their fear of these subjects and do fairly well in board examinations. The project that took off in 2016 has been well received by parents, teachers and above all students who have scored quite well in past years in these subjects. The fourth edition of the summer camp was inaugurated here on Monday.

Hindustan Zinc ltd and Vidhya Bhawan society are jointly holding summer camps under the Shiksha Sambhal project in 5 districts for over 1300 rural & tribal students participating in it who are appearing in 10th & 12th Board Exams this year. To ensure the overall development of these students, this one month camp began from May 15, at Udaipur and 6 locations of Hindustan Zinc – Zawar, Debari, Chittorgarh, Dariba, Agucha and Kayad. The inauguration program was organized at Vidya Bhawan Auditorium here on Monday.

The project focuses on quality education and provides remedial classes to rural students appearing for Rajasthan Board exams in 5 districts – Udaipur, Rajsamand, Chittorgarh, Bhilwara and Ajmer. It aims to provide special subject classes like Math, Science-all streams, Political Science, English and Accounts. Currently, the program is reaching out to 7500 students in 64 Government Schools.

The first residential summer camp was organized in 2016 in Udaipur that saw the participation of around 70 rural & tribal students followed by over 200 students attended the program in 2017. This year, in Udaipur, around 270 students actively participated where about 50% of them are girls from villages. These camps organizes sessions on yoga, painting, carpentry, music, dance, finance & accounts and art & crafts facilitating holistic development of students apart from their regular academic curriculum. During the camps, students appearing for 12th Exam this year will be attending classes for Physics, Chemistry, Biology, Match & English and students of 10th class will get the classes for English, Maths & Science. 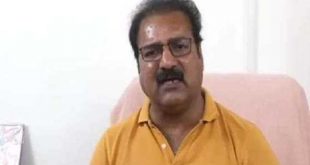 Not the BJP, Lord Rama himself is making the temple – Khachariyawas