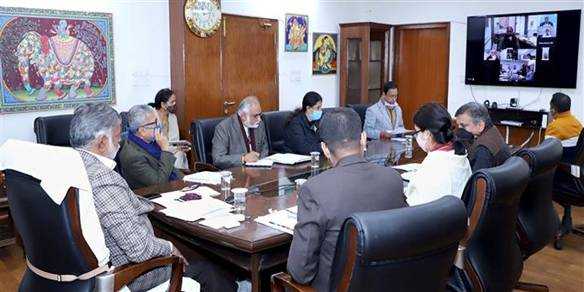 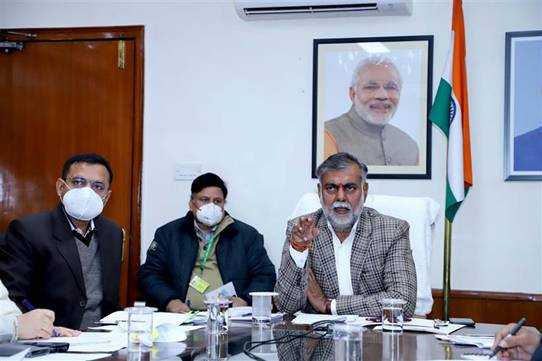 The Minister of State for Culture and Tourism (IC), Prahlad Singh Patel chaired a meeting of the National Museum Institute Society in New Delhi today. Outstation members attended the meeting through Virtual Mode. The agenda of the meeting was confirmation of the minutes of previous meeting of the society, which was held on 13.03.2020, relating to announcement of Government to establish Indian Institute of Heritage (IIH), and also to deliberate upon changing the nomenclature of existing National Museum Institute Society to Indian Institute of Heritage Society (IIHS).

Members which included Sh. K.N. Dixit, Sh. Vasant Shinde, Prof. Arun Menon, Sh. D.N. Tripathi and others, welcomed the initiative of the Ministry to set up an Indian Institute of Heritage in line with the vision of Prime Minister, Narendra Modi and the announcement made in the Union Budget for the year 2020-21.

As per the proposal of Culture Ministry, the certificate/diploma courses which were hitherto being run by the Institutions under the Ministry of Culture namely; Institute of Archaeology, IGNCA, National Archives of India and NRLC-Lucknow, will be brought under the umbrella of Indian Institute of Heritage along with the degree courses of National Museum Institute, for imparting research & higher education in the field of cultural heritage & conservation. The institute would offer MA, Ph.D., diploma and certificate courses in History of Art, Conservation, Museology, Archival Studies, Archaeology, Preventive Conservation, Epigraphy & Numismatics, Manuscriptology, and related fields, as well as training for in-service employees.