Washington : Prime Minister Narendra Modi”s US visit comes from a position of strength at a time when the Indian economy has gained momentum, an eminent Indian American said Wednesday. 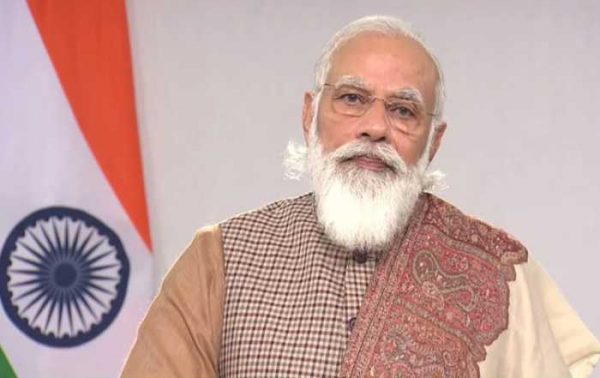 “Prime Minister Modi is coming to the US from a position of strength,” Silicon Valley-based and Indiaspora founder M.R. Rangaswami told PTI in an interview.

India under Modi, he said, has emerged as a strong economic power in the world.

Companies are not only looking at it as an investment destination, but also a large number of Indian startups are turning into unicorns, said Rangaswami.

“India’s economy is starting to boom. It’s a far cry from what it was two years ago. India’s economic strength now is coming into shape,” he said, reiterating that this is “going to be a golden decade” for entrepreneurship in India.

The Prime Minister would be on a three-day visit to US, starting Wednesday, for a bilateral meeting with President Joe Biden and to attend the historic Quad summit.

He is likely to meet top leaders of the American corporate sector.

Because of the ongoing COVID-19 restrictions, the prime minister is unlikely to address a major gathering of the community or a collective meeting of the corporate leaders.

Instead, his meetings in Washington this time are expected to be short and at individual level or at the most in small groups.

This visit becomes even more important with the situation in Afghanistan unfolding rapidly, he said.

“Both USA and India have a mutual interest and dependency to advance strategic bilateral ties for their own national security and growth in trade and commerce and work together on an ambitious agenda on the Indo-Pacific — with the Chinese challenge being one of the shared concerns,” he added.