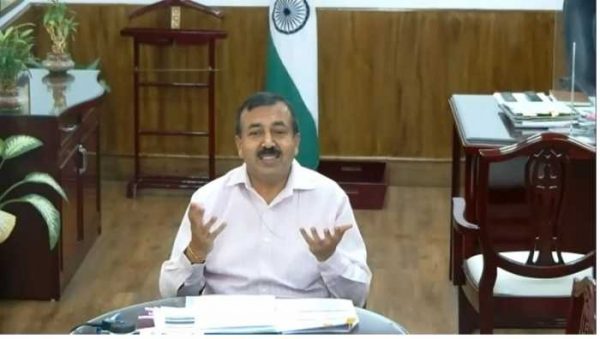 Udaipur : After witnessing green and white revolutions in the past century, India is on the cusp of Yellow revolution in the farm sector, this time in oilseed production. The revolution will be led by Mustard, which may soon be crowned as the country’s top-grown oilseed. This was the outcome of discussions held by the edible oil industry veterans and eminent government dignitaries in a Webinar organised by the Solvent Extractors’ Association of India.

SEA has been consciously working to reduce India’s import dependence in edible oils by raising domestic oilseed output. For this purpose, SEA has launched the Mustard Mission by which it plans to raise the mustard production to 20 million tonnes by 2025. This can be achieved by improved farm practices, deployment of right technology, quality seeds and other input management, said Atul Chaturvedi, President SEA

“Return on mustard is highest at around Rs. 31,000 per ha, as against Rs. 26,000 per ha for wheat and Rs. 22,000 per ha for rice,” With current rise in prices of mustard the returns have improved manifold, Pandey said. He also said that returns on soybean have come down due to high input costs.

He further said industry should ensure adequate demand for mustard oil once the farmers raise production and productivity to ensure remunerative returns.

Smt. Shubha Thakur, Jt Secretary, Ministry of Agriculture, who also heads the oilseed mission said the government is also keen on promoting mustard cultivation and mustard mission has already been launched by the Government. She further said that besides Mustard, the government is also focusing on raising the acreage under oilseed crops such as groundnut and also, utilising the rice fallow lands in Eastern India apart from promoting intercropping .

Results of Model Mustard Farms developed by SEA jointly with Solidaridad in Rajasthan since 2019 showed a 49% increase in productivity with the use of better farm practices, better seeds, technology. This makes mustard the preferred choice to raise India’s oilseed production. In the post-Covid world also, mustard is seen as the most-preferred edible oil due to a number of health benefits such as OMEGA-3, and higher content of monounsaturated fatty acids and polyunsaturated fats.

Mustard has a very high oil content of 40% as against 18% in soybean. It has 36% protein and it’s a climate-smart crop requiring very little water. About 80 crore people of 1.3 billion Indian population use mustard oil for cooking, said Angushu Mallick, CEO & MD, Adani Willmar ltd.

India’s mustard production in the current marketing year that started in October is set to comfortably top between 8.5 to  9 million tonnes, a record high. Record high prices are likely to further incentivise farmers to cultivate mustard in a big way in the coming years, which will help the country to achieve the target of 20 million tonnes in the next five years.  This will make mustard India’s top-grown oilseed in the years to come, said Vijay Data, Chairman, SEA Rape-Mustard Promotion Council.

The event rounded off with a lively discussion on price outlook moderated by Ms.Manisha Gupta ,Commodities Editor of CNBC. Dorab Mistry the renowned analyst commented that the current rallies are largely driven by prospective Green bio diesel mandates with the coming to power of Mr. Biden in USA. All the bullish factors have already been priced and markets are looking toppish. Consensus was that the upside potential from current levels is limited and players should remain cautious.