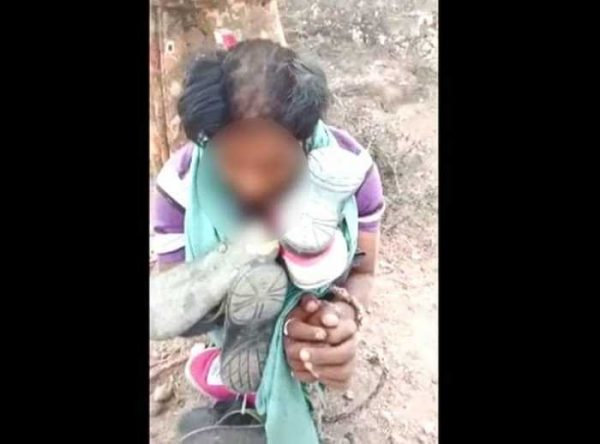 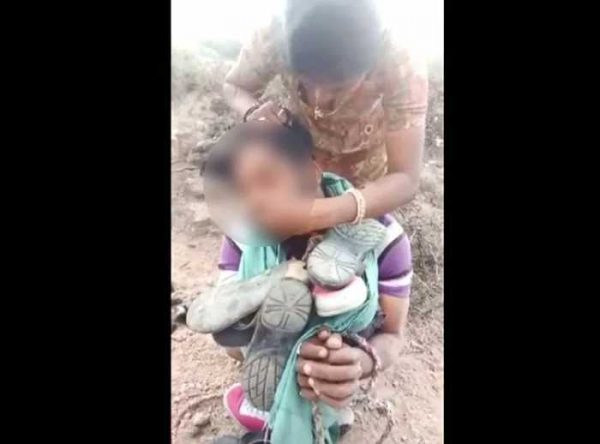 Udaipur : A man was branded, tonsured partially and paraded wearing woman’s clothes and garland of shoes over alleged love affair in Mala Kheda village of Deogarh tehsil in Rajsamand district. Shockingly , the woman whom he was in a relationship, too joined her relatives in the inhuman act and shaved his moustache and beard partially while he was kept hostage in their village. After the video clips of the incident went viral, police swung to action and arrested 3 of the culprits while the victim is still missing.

“We have taken the case after receiving a written complaint by Meera wife of ShankarNath who is sister in law of the victim Dileep Nath. Dileep was living at Bhagat ki Talai in Kelwada with a woman named Parsi for some weeks who were forcefully taken away by Parsi’s kin “Mukesh Khatik, SHO Amet Police Station said. Both the parties belong to the Kalbeliya community where such kind of relations are common.

Meera told the police that her husband’s brother Dileep Nath was kidnapped by seven persons including Shankar Nath, Bheekh Nath, PokharNath, Ladunath and Prabhu Nath all sons of Kamnath and Deo Nath and GaneshNath both sons of ShankarNath. Dileep was kept hostage at their village Mala Kheda where they tortured him by branding hot iron on his body parts. They tied his hands and legs, shaved his head and moustache partially , made him wear garland of shoes and female attire.

They paraded him in the locality and even made video clips of the episode. Meera said she received the clips on her mobile and thus came to know of the incident. She also told the police that the woman Parsi who was in relation with DileepNath also was among the perpetrators. The case has been registered under sections 143, 365, 342 and 323 of the IPC and teams have been sent to find Dileep Nath and the remaining accused.