IndiGo airline says ‘systems down at all airports’, urges passengers to have patience

IndiGo airline’s systems were down on Sunday at all the airports due to a technical error.

Various passengers of the airline remained stranded at Delhi’s Indira Gandhi International Airport due to the issue, ANI reported.

The airline tweeted out an advisory about the same. 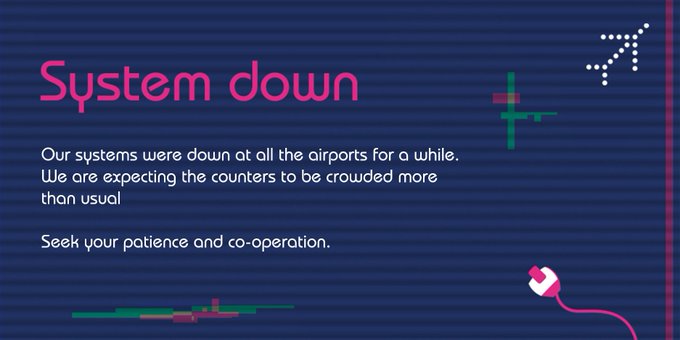 In a tweet, the private airline company informed people that the systems were down at all the airport and passengers travelling should expect the counters at the airport to be crowded.

IndiGo sought the passengers’ cooperation until the issue is resolved and asked people to contact the airline onTwitter, Facebook or a chat at goindigo.in for assistance.

However, services were later restored and the airline apologised for the inconvenience caused. The system had been down for almost 90 minutes.