New Delhi : Union Home Minister Amit Shah on Tuesday said that India has handled the COVID-19 pandemic in the best possible manner among all countries in the world despite limited resources. 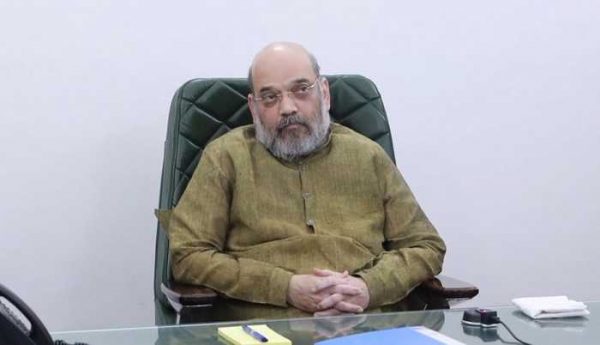 Addressing the 17th formation day of the National Disaster Management Authority (NDMA) here, Shah also said that the Centre is planning to roll out the ”Aapda Mitra” (Friends in Disaster) project in 350 districts across the country by imparting training to citizens as first responders to any disaster.

The home minister said despite limited resources and with such a large population of 130 crore, India has fought the COVID-19 pandemic in the best possible manner among all countries.

If an analysis is done by any neutral agency, it will come to the conclusion that the country has done very well in fighting the pandemic and substantially reducing the death rate, he said.

Many countries had a tough time in dealing with the pandemic (Pasina choot gaya tha bahut deshon ka), he noted.

Shah also praised the NDMA for its commendable work during the pandemic.

Referring to the cyclone that had hit some parts of the country during the pandemic, he said it was due to the excellent planning and preparations that not a single oxygen plant was damaged and there was no power cut to oxygen plants and hospitals in cyclone affected areas.

“We have done excellent preparation under Prime Minister Narendra Modi”s leadership,” he said.

On the ”Aapda Mitra” scheme, he said a pilot scheme of the project has been successfully completed in 30 districts of 25 states in the country.

Under the scheme, people will be given training on how to immediately respond to any disaster and how to help people in distress and rescue them, he said.

Shah said thosepart of the project will be provided an insurance cover and agreements are being signed with 28 states in this regard.