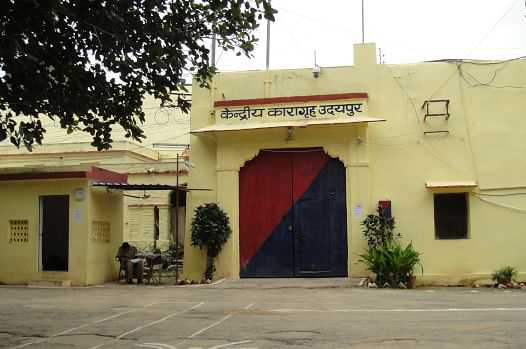 Udaipur : Irregularities and misconduct has been reported in the Women Jail at the Central  Prison here. During a sudden inspection by the District Legal Service Authority (DLSA) on Tuesday night, a judicial team was told about the plight of female prisoners in the jail. One of the inmate complained that she was badly beaten up by the jail staff because she had complained about the irregularities there to the authorities who had inspected the jail a week ago.

DLSA secretary Ridhhima Sharma told Udaipur Kiran that on August 31, the team had held an inspection of the women jail and then one of the inmate had complained them about some irregularities. On September 5, the DLSA received a letter about a prisoner been thrashed by the jail staff. ” On the complaint we againt held a sudden inspection on Tuesday night and spoke to the inmates. It was known that the woman who had on the first occasion spoken up against the jail affairs was beaten up by the staff. She also told us that in April too she was beaten up by the jailer and  one of the guards” Sharma told Udaipur Kiran.

The team was also told that a prisoner from Nagaur was the incharge of the inmates and she grossly misbehaved with all ofthem. She even thrashed their children. ” There are 10 CCTVs fitted inside the cell but none of them were in working condition. We have drafted a detailed report on the irregularities and misconduct of the jail management and have forwarded a copy for further action  to the DGP,Jails” Sharma said.