Home / BUSINESS / Do we build infrastructure to last for years?

Do we build infrastructure to last for years?

Coastal salts (i.e. sodium, calcium and magnesium chlorides) can create a corrosive environment for any infrastructure across the world, the reason being humid  and saline climate. The only remedy is to use galvanized steel (the zinc coated steel) that provides the much needed strength to the rebars.

Using galvanised steel, Delhi’s Lotus Temple structure has been built to last for 1000s of years. Lord Krishna’s temple being built in Vrindawan has approached Hindustan Zinc for providing Zinc to build ever-lasting  infrastructure. The youngest State of India, Telangana, while celebrating its 2nd anniversary, hoisted the tallest National Flag Mast, that has a coating of zinc.

India loses around 4-5% of GDP annually on account of corrosion losses. Western countries, which are far ahead of us in terms of infrastructure, mandate the use of Galvanizing for the steel structures used for bridges, highways, public utility, Airports, Metro Stations, Railways stations, etc. and that is how they are able to preserve long-lasting and robust structures. For instance, Athens Bridge Pennsylvania & Curtis Road Bridge Michigan are structures that utilize Galvanized Steel rebars and have a much longer life-span than the conventional bridges built with normal black steel rebar, as galvanized rebar can withstand chloride concentration at least four to five times higher than the black steel rebar and remains passivated at lower pH levels, substantially slowing the rate of corrosion.

The fundamental says, once the steel starts corroding, the mass of the steel increases, leading to cracks in the structure, which could later become reasons for collapse. 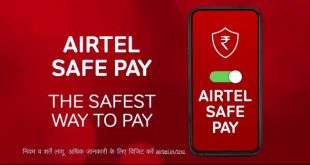