Udaipur : In yet another distressing incident, a dalit woman was stripped, beaten up mercilessly by a mother-son duo in Aalod village under Dungla police station limits of Chittorgarh district. The accused and victim were neighbors and had had an ugly verbal spat a few days back and this humiliation was in continuance of the quarrel. 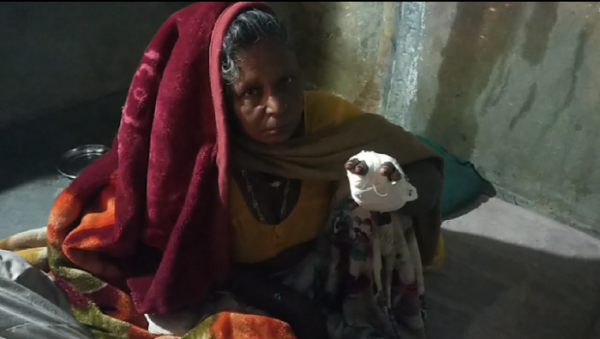 The perpetrators stripped the woman’s lehenga and hit her severely on her thighs and private parts. The dalit woman has sustained multiple injuries and fractures on two fingers of her right hand. A case under the Schedule Caste and Tribes  (Prevention of Atrocities) Act has been registered and the investigation is being taken up by Badi Sadri DSP Ashish Kumar.

The incident took place on January 28 morning at the village handpump where 45-year-old Sosar Bai wife of Dalichand Meghwal was washing clothes when the accused Chandi Bai wife of Lal and her son Kishan Teli came on a motorcycle. Chandi Bai who had had a verbal spat with the victim few days ago, caught hold of her hands and asked her son to thrash the dalit woman. The duo stripped her underskirt and Kishan hit her with the motorcycle chain. The woman shouted for help but none of the villagers interfered.

“I was working in my field when someone told me that Kishan Singh and his mother had beaten my wife. When I went there, I saw my wife lying unconscious in tattered clothes.  Blood was oozing out from her fingers. We rushed her to Dungla hospital from where the doctor referred her to Chittorgarh district hospital. We lodged the police complaint the same evening” Dalichand told Udaipur Kiran.

The man also said that no lady constable was sent to accompany his wife for medical examination. it was known that Chandi Bai had spoken badly about Sosar Bai’s character and said that it had been the reason for the breakup of engagement of her son. Sosar Bai too had given an apt reply which had instigated the mother-son duo who found an opportunity to serve the woman a lesson for the insult.  Meanwhile, the investigation officer said the case has been registered under section 341, 323, 354, 34 and 506 of the IPC and sections 3(1) (r) and 3 (1) (s) of the SC&ST Act. The victim’s statement under 164 of the CrPC would be registered on Monday, he said.