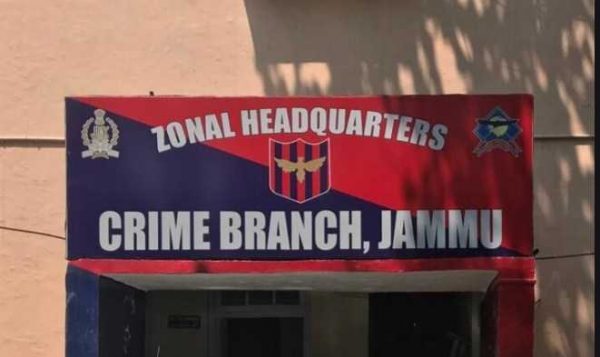 According to the statement issued by CB , it meantions that a written complaint was lodged by complainant – Rattan Lal S/O Sh. Jagat Ram R/O Bhalwana Tehsil Mohalla District Doda against the afore- mentioned accused duo to the effect that he is a business man by profession and running a hardware store at Thatri District Doda for the last more than 8 years and while the accused No. 1 is retired doctor from Sheep Husbandry department and also had a Timber depot at Doda in the name and style of M/S Royal Timber Depot, the accused No. 2 is residing at Kishtwar and alleged that both the persons with criminal intention hatched criminal conspiracy to cheat him. Accused- notorious cheat Rehmatullah Khora allured the complainant that accused -Sajjad Ahmed Najjar has good relations with the higher authorities of J&K Bank and can manage job for the complainant as a clerk in J&K Bank and on the inducement of both the accused persons, complainant gave them Rs. 6.20 lacs to them on different occasions through cheques and cash.After receiving the money the accused adopted delaying tactics and later, the complainant requested them to payback the money but they didn’t pay any heed to his requests. The accused, however, gave two cheques amounting Rs 3, 50,000/- each of J&K Bank HDFC Bank respectively to the complainant but to the utter dismay of the complainant when he approached for en-cashing the amount, the complainant was given a Memo by the concerned Banks that HDFC account has been closed and J&K Bank A/c has insufficient balance. Thus, cheating the complainant and duping him of Rs. 6.20 lakhs on the pretext of providing Job of a Clerk in J&K Bank.

It adds that that receipt of the complaint a preliminary verification was initiated by Crime Branch Jammu and during the course of enquiry allegations were prima-facie substantiated.