Another chinese woman who visited Udr turns out corona suspect 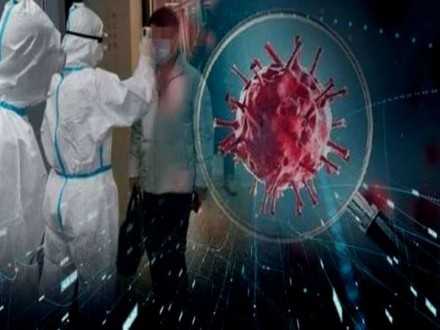 Udaipur : Another suspected coronavirus tourist in Udaipur has health department in a tizzy as they rushed to screen the hotel staff where the reported suspect had stayed for a day. According to sources, a chinese woman had come to Udaipur with her three friends from Delhi on January 31 and they stayed in a hotel in Lalghat area here for a day.

They flew back to Delhi next day. However, the woman complained of hgh fever at the Medanta hospital counter at Delhi airport who has been admitted in a hospital there , her blood samples have been sent for investigation. Meanwhile, the medical department was alerted here and asked to screen people at the hotel where the chinese woman had stayed. CMHO Dinesh Kharadi and team did the screening on sunday. According to sources, blood samples of some of the staff have been collected who had come in close contact with the suspect.

Earlier, two passengers who came to Udaipur after having travelled with a medical student who tested positive for the virus in Kerala, had been kept in isolation ward here at MB hospital. One of them was a chinese woman while other one from Bharatpur. Both left the hospital and went to Jaipur without seeking discharge which has been taken as a serious security flaw  at a time when the virus outbreak is causing global panic.