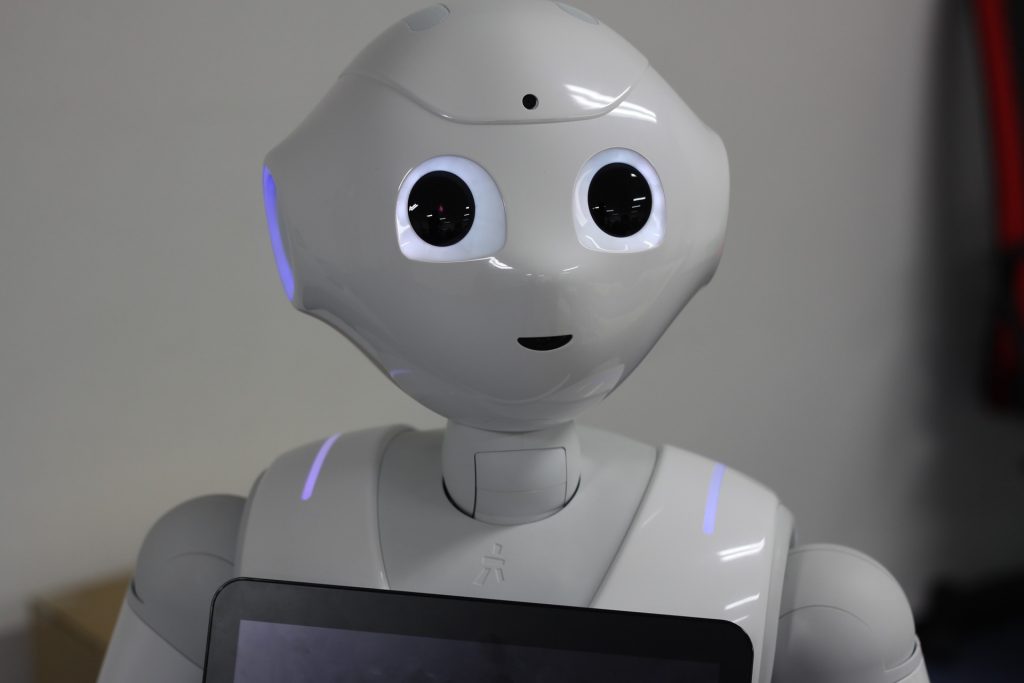 From smart homes now to 10 billion smart robots to serve humankind by 2040. Masayoshi Son’s Softbank Vision Fund is investing in AI chips today to realize the true Internet of the Things tomorrow.

In the epic science-fiction film 2001: A Space Odyssey, mankind’s evolution is triggered by a force of unknown origin in the form of a monolith. In the film, throughout time and space, hominids and humans advanced exponentially in intelligence upon discovering the Monolith.

This is the vision of self-made telco billionaire Masayoshi Son of Softbank. He believes that by 2040, machines will evolve into an array of 10 billion smart robots that serve every part of our lives. The ‘monolith’ in Mr. Son’s 20-year odyssey will be the chips designed specifically for the so-called Internet of Things (IoT). ARM, SoftBank’s subsidiary chip maker, will deliver 1 trillion IoT chips over the next 20 years to make this vision a reality.

Son was speaking at the Mobile World Congress, the industry’s largest annual trade show. He also foresees that ‘the number of “brain cells” in chips will surpass the number of human brain neurons in 2018’. He truly sees the enormous potential in smart and connected objects in the very near future.

Jennifer Belissent, an analyst at Forrester Research who listened to Son’s keynote speech, said that his numbers are too dramatic, and the vision resembles a scene from a Marvel movie. In reality, the challenge is, according to her, not the number of devices but the ‘intellectual’ capability of each and every one.

The Real Internet of Things to come

The Internet of Things (IoT) is the term now popularly-used to describe the way devices connect and work together to provide desired results without the intervention of humans. Ideas such as smart homes where the heating automatically turns on a cold day are now a reality. Smart cars that are connected to the systems such as the GPS and network grid can, in fact, drive people home from work without the need for a person to be present.

The introduction of IoT into various industries is beginning to change the way things are manufactured and operated, not just homes and offices. Different machines in smart factories are now interconnected to run with minimal human intervention. Smart farming is benefiting from a new way crops are monitored and taken care of.

As of now, the connections and computing capabilities are limited. AI in these systems can only perform as far as what it is programmed to do or spot recognizable patterns already input into its brains. The power to analyze or predict and respond to an ungiven situation to provide the desired outcome is limited.

In short, they do not think the way humans do.

When devices and systems can truly learn and think and respond on its own, based on its own IQ, the world will be a very different one. That chip that Masayoshi Son dreams of will make that difference.

‘This is why I spent $32 billion to acquire ARM,’ Son gave another incredible number to explain his 20-year vision. Acquiring ARM for Son was acquiring the expertise to engineer artificial computer brains with the intelligence quotient (IQ) of 10,000, compared to the 100 of the average human.

ARM is one of the best-known Silicon Fen companies (the British equivalent to Silicon Valley) and is the market dominant for processors in mobile phones and tablet computers. ARM and its subsidiaries are the engineers of processors used in all classes of computing devices from iPhones to Cray supercomputers.

The vision is nigh

Masayoshi Son’s Tomorrow World seems a wishful one. However, if we consider past human advancements, 20 years may not be too short a time to realize such a vision. Within the last hundred years, we have moved from earth-bound creatures to ones in flying machines, built the first motors and embarked on an industrial revolution, discovered the ‘God particle’, invented rockets and entered space. Making machines smarter may not take as long as we imagine.