Last one week high and low of the scrip stood at Rs. 58.00 and Rs. 53.00 respectively. The current market cap of the company is Rs. 10391.49 crore. The promoters holding in the company stood at 56.77%, while Institutions and Non-Institutions held 29.82% and 13.41% respectively. National Aluminium Company (NALCO) has recorded an all-round success and global benchmarks in 2018-19 creating records in several sectors. Along with significant achievements on production front, the Navaratna CPSE achieved the distinction of lowest cost producer of alumina in the world (as per the Wood Mackenzie report).

The company has also been ranked as the lowest-cost producer of Bauxite in the world. With more than 100 per cent capacity utilization, NALCO’s Panchpatmali mines has achieved bauxite excavation of 74.14 lakh MT, which is highest ever since inception. Bauxite transportation has gone up to 72.31 lakh MT, which is also highest ever since inception. Company’s Alumina refinery has produced highest-ever 21.53 lakh MT of Alumina Hydrate and set a new record.

NALCO has the largest integrated alumina-aluminium complex of Asia. Its integrated operations cover the entire aluminium production value chain from mining bauxite, refining alumina, smelting aluminium, captive power generation to a strong logistic network in terms of rail & port facilities, coal mining and handling plant to support its operations and to become one of the most cost-efficient aluminium companies across the globe. 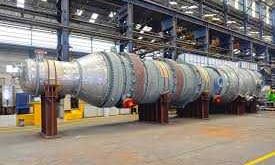